Sitting in the cafeteria of my oldest daughter’s soon-to-be high school, I listened wide-eyed as the vice principal explained to our group of Grade 7 parents the importance of encouraging our kids to leave their devices at the door when heading to be
Feb 17, 2020 8:59 AM By: Bianca Bujan 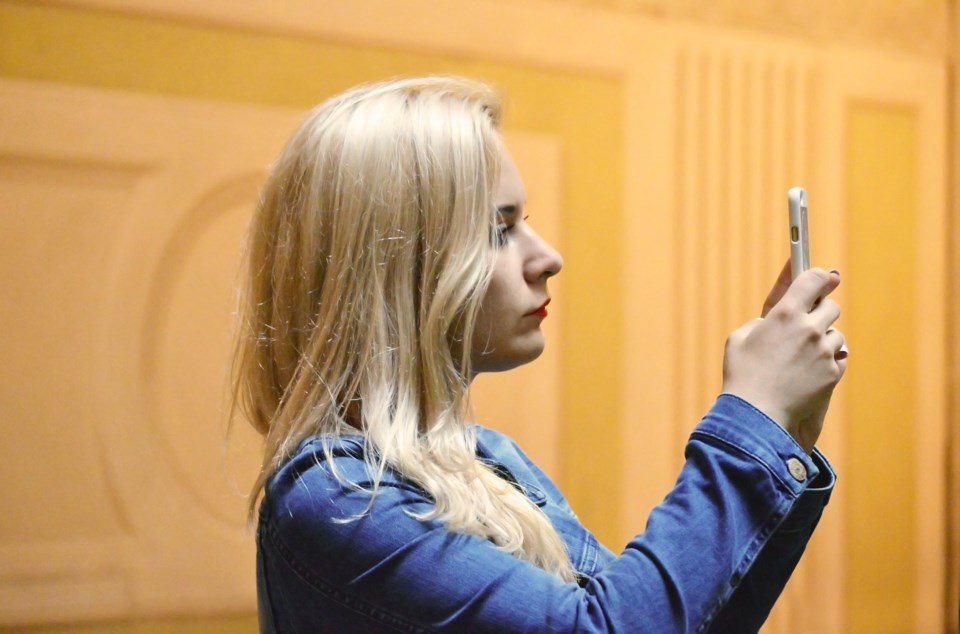 Sitting in the cafeteria of my oldest daughter’s soon-to-be high school, I listened wide-eyed as the vice principal explained to our group of Grade 7 parents the importance of encouraging our kids to leave their devices at the door when heading to bed.

“The sooner you start this habit, the better,” she emphasized in a stern voice. As I listened to her reasoning, I realized that I had loosened the reins when it came to the screen-time restrictions of my eldest. She was pretty good about putting her phone away when asked. She also needed to have her phone close as it was what she used for her alarm clock, I thought to myself - justifying my negligence.

“Don’t let them convince you that they need their phones for the alarm,” she continued, “get them a proper alarm clock instead.”

I could feel my face reddening as she said this - it was as though she had read my mind.

She went on to explain the challenges many teens face at her school today. Sleeplessness. Anxiety. Dropping grades. All as a result of spending too much time staying up late and staring at screens once their heads hit the pillow.

“It’s really become an issue that’s impacting every aspect of their lives,” she shared.

Last year, when I read that Ontario was going to enforce a cell phone ban in schools, I was opposed to the idea of B.C. following suit. I didn’t think that banning phones entirely was the right way to address device dependence, and suggested that schools promote self-regulation instead.

I have since changed my tune.

According to a recent survey conducted by the Research Co., 88% of the B.C. adults polled believed that the province should restrict the use of mobile phones during instructional time in Kindergarten to Grade 12 classrooms.

In a recent article shared by The Wall Street Journal, experts are now treating teens for separation anxiety after being separated from their phones. The article reads, “Before class each day, a high-school teacher in Indianapolis grabs a clear plastic bag and fastens it to her waist with a ribbon. The homemade pouch is a repository for phones that are either confiscated or handed over voluntarily by students who don’t want to be tempted to tap or swipe during class. She calls this the ‘phoney pack’.”

Students are so dependent on their devices that compromises are being made to ease the separation anxiety that occurs, such as letting young people see their devices from afar, or keep them close but locked up in a pouch to restrict access.

As it stands now, my daughter’s future high school leaves it up to each teacher to determine whether or not devices are allowed in the classroom.

Some allow use for classwork only, others have a phone “parking lot” where devices are parked when students enter the classroom, and others ban them altogether.

I think it’s time for schools to get on the same page and ban phones entirely. Kids can stay digitally connected with laptops for completing schoolwork. Let’s focus on learning and leave the distracting devices at home.