Opinion: Should this proposed gas line be built so close to two Burnaby parks?

I get that FortisBC is trying hard to engage the public and the City of Burnaby to find the best route for a new natural gas pipeline.
Jun 21, 2021 12:09 PM By: Chris Campbell 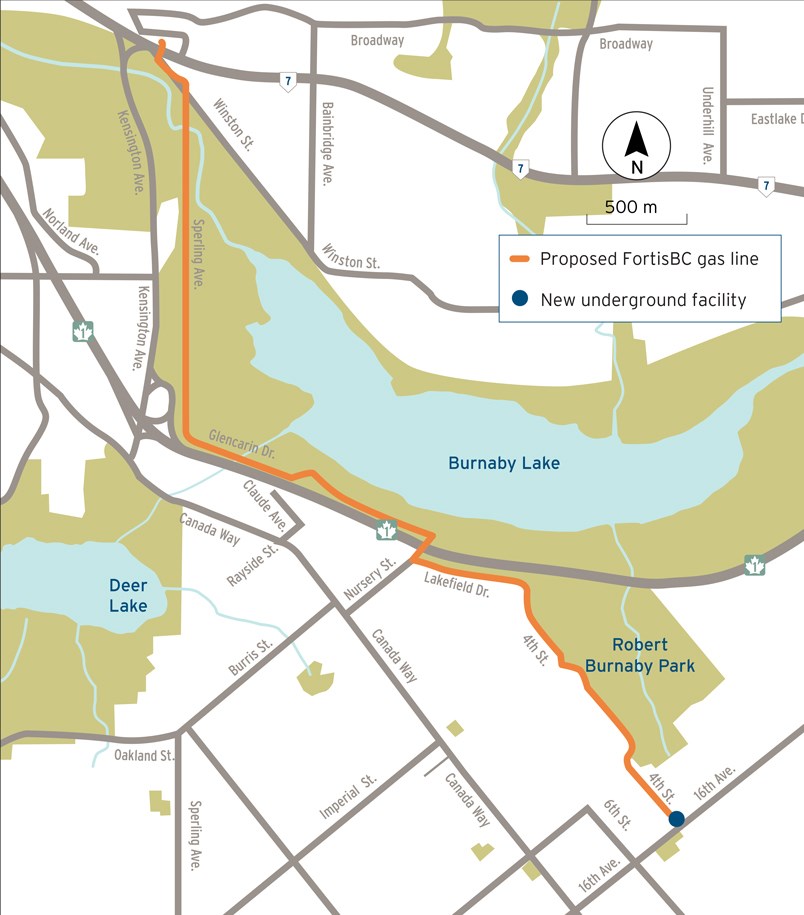 FortisBC has selected this route using feedback from the City of Burnaby and feedback received during community engagement periods.FortisBC

I get that FortisBC is trying hard to engage the public and the City of Burnaby to find the best route for a new natural gas pipeline.

A previous route was rejected harshly by the city in July 2020, with one councillor saying they were “incredulous” with the route choice, and so FortisBC worked on coming up with alternatives.

But it’s that new route that still makes me uncomfortable. I also don’t know if the residents who live along the planned realized what’s going to happen if it’s approved by the British Columbia Utilities Commission, possibly this summer.

The British Columbia Ministry of Transportation and Infrastructure is preparing to replace the Pattullo Bridge and its design standards do not permit a gas line to be on the new bridge. “The line is a vital part of our gas system, helping deliver energy to more than 35,000 homes and businesses in Burnaby, New Westminster and Coquitlam. This includes approximately 18,000 customers in Burnaby,” a press release from FortisBC reads.

Still to be approved by the BCUC, the preferred gas line route would take the following path:

But take a look at the map above and you’ll see how close it comes to both Robert Burnaby Park and Burnaby Lake. For the lake, it’s located east of Kensington Avenue where there are sports fields. That seems awfully close to some sensitive wetland areas.

I’m sure FortisBC will take every precaution, but it just feels so damn close to where wildlife live, plus a major park that is used by so many local residents. I also can't figure out why the city chose this route over the previous one because both seem to look like they would be disruptive, although the new one does seem to impact fewer homes.

I can’t imagine what that would be like for the residents either. The last FortisBC project that went through Burnaby felt like it took forever and resulted in so many road closures.

Hopefully this one goes smoother for all involved.