Few, if any, issues seem to bedevil both the NDP and the B.C. Liberals alike to the degree that “ride hailing” (or ridesharing) does. After watching the B.C.
Jul 24, 2018 7:05 AM By: Keith Baldrey 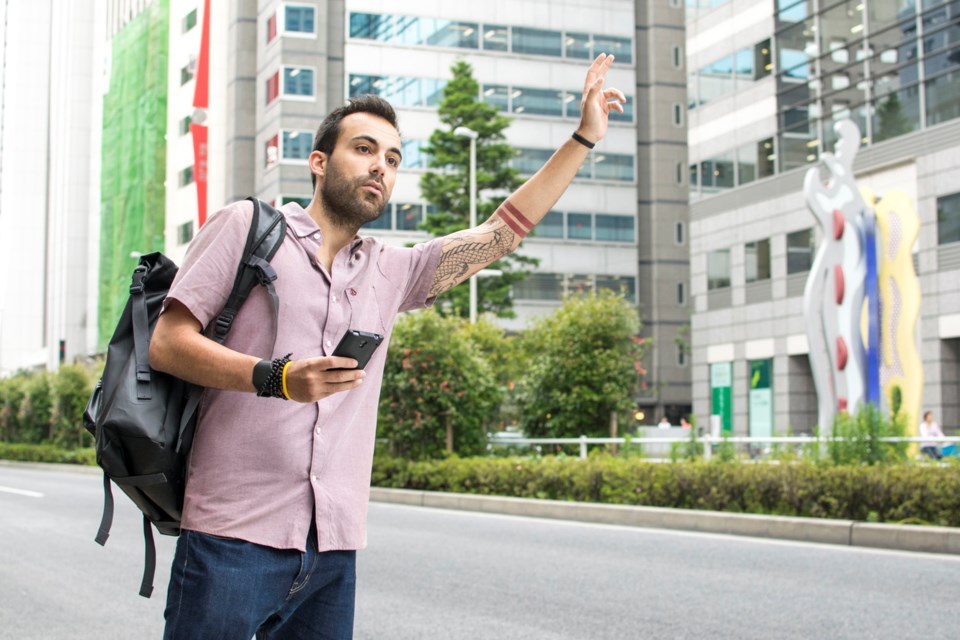 The future of ride hailing services is still up in the air in B.C.iStock

Few, if any, issues seem to bedevil both the NDP and the B.C. Liberals alike to the degree that “ride hailing” (or ridesharing) does.

After watching the B.C. Liberals fumble the issue for several years, we now are witnessing the NDP’s clumsy awkwardness in trying to fulfil a key campaign promise to bring ridesharing to this province. It is not going to happen any time soon, which means Metro Vancouver will continue to operate in the last century when it comes to taxi services.

In fact, the latest timeline (there will surely be more changes) now sees September 2019 as the target date for allowing ridesharing companies such as Uber or Lyfft access to the B.C. market.

The NDP’s election platform included a promise to bring ridesharing to B.C. in 2017. The first backtrack on that promise occurred last October, when the government opted to commission a study on the issue rather than move towards implementation.

The study, which was essentially about improving the existing taxi industry and paid little heed to ridesharing, was made public last week, and Transportation Minister Claire Trevena promised to introduce legislation – six existing statutes must be amended – paving the way for ridesharing this fall.

However, Trevena was either unable or unwilling to go further than that and say when, exactly, ridesharing services can be expected to set up shop in this province. It was left to a ministry news release to reveal the September 2019 target (I can only assume Trevena did not want to provide a soundbite that could come back to haunt her if and when that target date is missed).

And so another 14 months (and likely even longer) must pass before a service that is becoming universal around the world can have a chance to operate in this province.

I have no skin in this game, as I live in Victoria, where getting a taxi is a relatively easy endeavour. However, I have many friends and colleagues in Vancouver and its environs who are rightly enraged about the lack of reliable taxi services. Women, in particular, find the taxi situation to be unsafe. Standing alone on a downtown Vancouver street at night, waiting endlessly for a taxi, can lead to dangerous situations.

So why has ridesharing flummoxed both the B.C. Liberals and now the NDP?

One popular theory is that the existing taxi industry is a powerful political lobby and is particularly influential in key electoral “swing” ridings that determined the result of the last provincial election and that likely hold the keys to power in the next vote as well.

The ridings are in areas such as south Vancouver and north-central Surrey, and neither of the two main parties wants to do anything that upsets a good portion of the taxi community – the owners, drivers and their families – that reside in those ridings.

It is going to be challenging to allow ridesharing – which is as free market-based as you can imagine – into a province that heavily regulates the taxi industry. Uber and Lyfft know no boundaries, for example, which is stark contrast to the existing, municipal-controlled system that enforces boundaries when it comes to pickups of passengers.

Trevena has promised to add 500 more taxi licences to the system, but it is far from clear whether or not that will have much of an impact on a system that is clearly broken and in dire need of a shake-up.

Ridesharing goes beyond a shake-up, though. If fully embraced, it could literally blow the current system apart, which makes it doubtful either of the major political parties is going to go that far.

The B.C. Green party has been calling for ridesharing to come to B.C. for years now. Last week, B.C. Green MLA Adam Olsen told me the rest of B.C. is “being held hostage” by the existing industry and those key swing ridings.

He does not appear to be wrong.

As a result, do not expect to be able to quickly summon an Uber or Lyfft vehicle to your door for quite a while yet. In fact, if the current industry remains largely protected and shielded from change, ridesharing services may never appear in this province.