Opinion: We shouldn't be second-guessing Dr. Henry during this crisis

There is growing anxiety in some quarters that British Columbia is not doing enough to test for COVID-19. This is evident in the increased discussion in various media expressing skepticism with the approach to testing taken by Dr.
Apr 4, 2020 10:19 AM By: Sarah Hogarth Rossiter 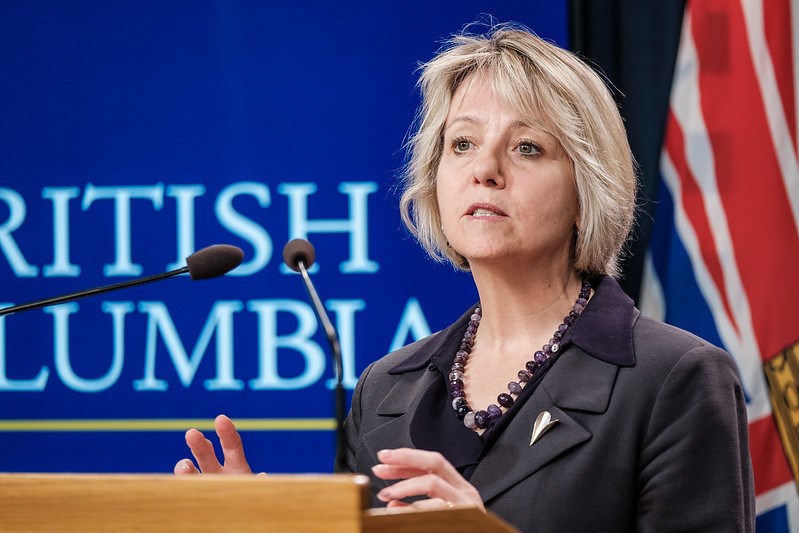 There is growing anxiety in some quarters that British Columbia is not doing enough to test for COVID-19. This is evident in the increased discussion in various media expressing skepticism with the approach to testing taken by Dr. Bonnie Henry, the provincial health officer.

For example, a popular YouTube video by Dr. Sean Wormsbecker, an Emergency Room physician at New Westminster’s Royal Columbian Hospital, expressing frustration with the province’s current testing protocols has been picked up by local and provincial news outlets. This, in turn, has demonstrably fuelled the questions posed to Henry in her daily briefings on the provincial COVID-19 situation over the past week.

Questions posed directly to Henry about the adequacy of the current testing strategy (and opiners on media comment threads) reveal that this video has tapped into public distrust of Henry’s handling of the situation and, in particular, a feeling that “more must be done” in the way of testing.

But calls for more testing are an emotional, rather than a rational, response to the situation. It fills a need to feel like we’re “doing something” to prepare for the apex of the crisis, without actually providing any demonstrable benefit — much like the panic-buying of toilet paper.

The fact of the matter is that B.C. is already among the very top tier of jurisdictions globally in terms of volume of testing: it has now completed a total of 47,352 tests, which is, on a per capita basis, greater than the number of total tests completed by South Korea to date, and on a substantially shorter time-frame (S. Korea’s testing program has been internationally lauded as one of the best in the world).

Not only this, but the targeted testing happening now in B.C. means that it returns a comparatively high test-positive rate, recently averaging around 4.5% in the past week. So for every thousand tests administered, only 45 actually come back positive. This number may sound low, but when compared to the test-positive rate before these strategic measures were introduced — which was often less than 0.7%— it is clear that the current strategy is effective at targeting those who are more likely to actually have the disease. It also means that fewer tests are needlessly expended on people who have a lower likelihood of actually testing positive.

It is important to recognize the limitations of testing. No medical test is guaranteed to give perfectly accurate results: crucially, some people who in fact have the disease will have negative test results. This is simply the nature of medical testing.

Accuracy varies wildly by testing method, but there are indications that the false negative rate of many COVID-19 tests is extremely high, especially for people with only mild symptoms.

This has dangerous implications for widespread testing, since many patients may take a negative test result — which may be a false negative — as definitive evidence that they are not a risk to others.

Wormsbecker expresses concern that patients who are not tested will not take seriously the instruction to self-isolate for 14 days. But if such a patient really is positive, and tests positive, she will be given exactly the same directions as she would have been given without a test. If, on the other hand, that same patient received a false negative test result, she may pose an even greater public health danger than if she had not been tested at all, since the negative test result will give the patient unwarranted confidence that she is COVID-19 free. It therefore seems that little is gained — and much may be lost — by testing such patients.

But my biggest concern with public criticism of the provincial testing strategy is that it undermines confidence in our provincial health leadership. It is difficult to imagine a more eminently qualified leader for our provincial strategy than Henry: as a public health specialist, she has worked on the ground in the management of major disease outbreaks for decades, including polio eradication in Pakistan, Ebola outbreaks in Uganda, and the SARS epidemic in Toronto. With the expertise in broad-scale disease management that Henry brings to the table, we should be confident that our provincial strategy is among the best evidence-based approaches in the world.

There are some who are frightened of the danger of not testing patients with mild symptoms. But more frightening yet is the danger posed by eroding public confidence in leadership in a time of crisis.

I am immensely grateful for the selfless work of front-line medical professionals such as Wormsbecker. At significant personal risk, he and those like him provide vital care and life-saving support for our entire community. We should never cease to express our gratitude for this inestimably valuable work.

To demonstrate true support for our medical establishment’s response to this crisis, we would do well to place greater confidence in our provincial health leadership and unite in solidarity, along with our healthcare professionals, behind Henry.