So, Sam Oosterhoff, you want to make abortion 'unthinkable'? Here’s where to start

An open letter to Sam Oosterhoff: You don’t know me. You’re a young MPP from Ontario, and I’m a middle-aged community newspaper reporter from B.C.
May 31, 2019 8:42 AM By: Julie Maclellan 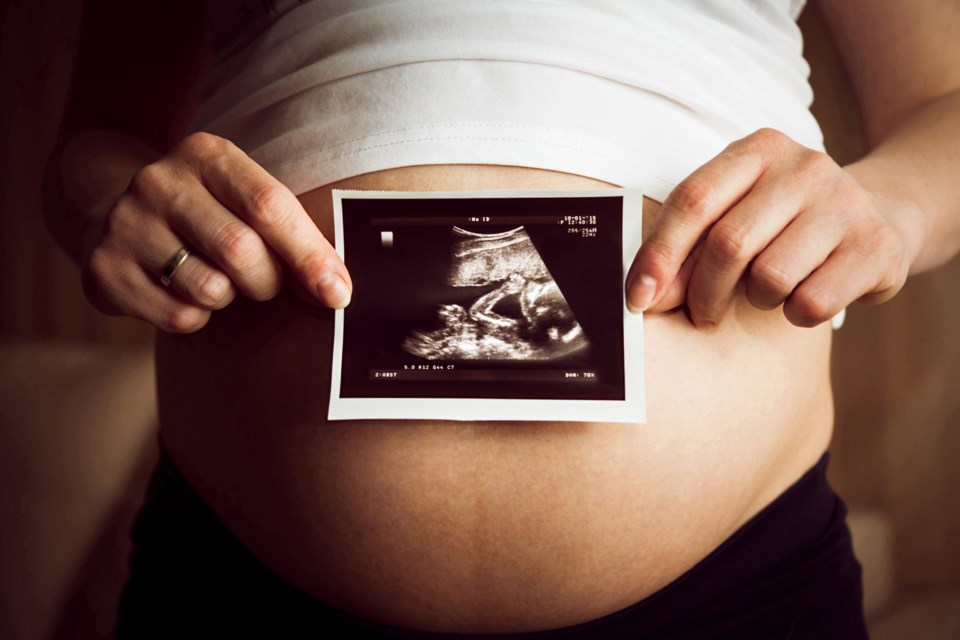 An open letter to Sam Oosterhoff:

You don’t know me. You’re a young MPP from Ontario, and I’m a middle-aged community newspaper reporter from B.C. You probably aren’t much concerned what I think of you or your views on abortion – or anything else, for that matter.

You should be. Because I’m not just speaking for me. There’s an army of us across this country who have heard your call to make abortion “unthinkable” in Canada. Many of us have been silent up till now while the war on women’s rights rages south of the 49th parallel. We’ve been unsettled, angry, even outraged, but we’ve managed to convince ourselves it couldn’t happen here in Canada.

Thanks for helping to jolt us out of our complacency.

Here’s what you should probably know about me, Mr. Oosterhoff: I’m more than twice your age, and I’m the mother of one young daughter. I have been pregnant precisely once, and I loved every moment of that pregnancy, from the first time I saw a heartbeat on an ultrasound to the moment the surgeon made the first c-section incision.

I understand, at least in part, where your world view is coming from; I grew up religious, too (Roman Catholic, in my case). When I was only a little younger than you are now, the now groundbreaking Tremblay v. Daigle case was in the headlines. For many in my world then, Jean-Guy Tremblay was the hero in that particular battle, the man fighting for the right to save the life of his unborn child – before the court went on to rule that, in fact, a fetus did not count as a person whose “rights” could trump those of Chantal Daigle to control her own body.

If you’d have asked me then, I’d have defined myself as “pro-life.”

I still do, by the way; if pushed, I’d define myself as a pro-choice pro-lifer. Or, more accurately, a pro-life pro-choicer. I just define “pro-life” rather differently than I used to. Because, you see, I’ve come to understand that “life” means more than just breathing and being. And it includes far more lives than just those of unborn humans.

I define myself as pro-life because I am pro-life for all people – not just the ones whose existence relies exclusively on the generosity of a host uterus. And that means I need to value the lives of women. All women. Including those who make a choice that I couldn’t possibly imagine making myself, because my own lived experience is one supremely inconsequential part of the picture and doesn’t give me any right to interfere with – or to judge - other people’s choices.

With all that said, Mr. Oosterhoff, I totally get why you want to make abortion “unthinkable.” In a perfect world, I’d want that myself.

If you want to make abortion “unthinkable,” then start by making it unnecessary.

Instead of targeting women at what for many may be the most vulnerable, most soul-wrenching moment of their lives, start by addressing all the reasons abortion exists in the first place.

Give all children access to publicly funded sexual health education that informs them of the realities of the world they’re growing up in and allows them to make intelligent choices: about consent, about bodily autonomy, about who they’re attracted to and what they want to do about that attraction and when they want to do it.

Give all girls and women universal, no-questions-asked access to birth control. Have publicly funded girls’ and women’s health clinics available in urban centres and in remote northern villages to deal with everything from nervous preteen girls’ questions about periods to menopausal women’s hormonal crises, and all that happens in the years in between.

Oh, and here’s a big one: Require all boys and men, everywhere in the world, to stand up and take responsibility for their own damn actions. Force them to recognize that they are as much a cause of unwanted pregnancies as the women who end up shouldering the burden of those pregnancies. (In fact, more so, since, as a now-viral tweet pointed out this week, if a woman has sex with 100 random men in a year, she can produce, at most, one pregnancy. If a man has sex with 100 random women, he can produce up to 100 pregnancies. If we’re talking about an epidemic of unwanted pregnancies, who’s more at fault here?)

Plus, encourage research into birth control alternatives for men: surely a male contraceptive pill would be your best ally in the fight against unwanted pregnancies? (Memo to dudes everywhere: women have been taking one for the team for decades. It’s your turn to deal with the side effects of contraception for a change. Failing that, just keep it in your pants, and make sure all your friends do too.)

Moreover, it must go without saying that you need to make sure there is no sexual assault. That means no rape - by strangers or dates or partners or anyone else – and no non-consensual sexual encounters of any kind.

To do this, of course, you must start by eradicating a culture that excuses, even condones, the actions of assaulters because the victim was drunk, or she was asking for it, or gee it’s his first real mistake and he’s a bigshot varsity swimming star so it would be a crying shame if we let this one little itty bitty insignificant rape haunt him for the rest of his life.

This culture problem is a huge one, because it’s so pervasive it’s almost impossible to figure out where it starts. Does it start with school dress codes that ban girls from wearing tank tops because they’re distracting to boys, or with advertising that sells young girls on the message that they’re worthless without beauty? Where do you begin to tackle a culture of entitlement that is so ingrained and so far-reaching that people who think they have a right to “grab ’em by the pussy” can in fact occupy the most powerful political office on the planet?

I’m honestly not sure how you tackle that one, but once you figure it out, there are still plenty of other social issues you’ll need to address.

Of course, you’ll have to make sure there’s no poverty.

Need I add, then, that you’ll also want to eradicate racism? Ensure that Indigenous people and people of colour and newcomers to Canada aren’t treated as second-class citizens by society.

Make sure every child gets a fair start in life. Mandate publicly funded, universally accessible, high-quality child care for all. Mandate funding for early literacy and healthy lunch programs and family drop-in centres and community kitchens and kids’ sports programs and arts programs, for parenting courses and every other kind of support you can think of to give vulnerable kids – kids who don’t come from stable, middle-class backgrounds like yours, like mine - a solid start in life.

I’m sure I’ve missed something, but that strikes me as a pretty solid start.

You want to make abortion “unthinkable”? Great. Pick one of those problems and solve it first, then move on to the rest of the list. Once you’ve ticked off each of those boxes, you’ll probably be surprised to discover there aren’t really that many abortions left to ban.

And, more importantly, you’ll hopefully have had your eyes opened to the fact that the issue of women’s reproductive rights is far more multi-faceted, nuanced and complex than your current world view appreciates. (I doubt it, but I live in hope.)

In the meantime, until you do all of those things above, back off. Back off my body, and the bodies of every other girl and woman in this country. Your personal moral objections to abortion – as sincerely held as they may be – do not trump our right to control our own reproductive organs.

And if you can stand there and argue that we need to ban abortions without even attempting to tackle all of those other issues mentioned above? Well, you’re not pro-life.

And as I have no desire to become an Aunt or an Unwoman any time soon, I refuse to live in a world where privileged, entitled dudes get that kind of say over my fate – or that of my daughter.

Thanks for speaking out, Mr. Oosterhoff.

But stay out of this one.