The BC NDP is blowing away the federal NDP, which is headed for a cliff

As the BC NDP continues to cruise along in power, the party’s federal cousins appear to be lurching towards disaster. Such a scenario seemed implausible just a few years ago.
Jul 8, 2019 6:10 AM By: Keith Baldrey 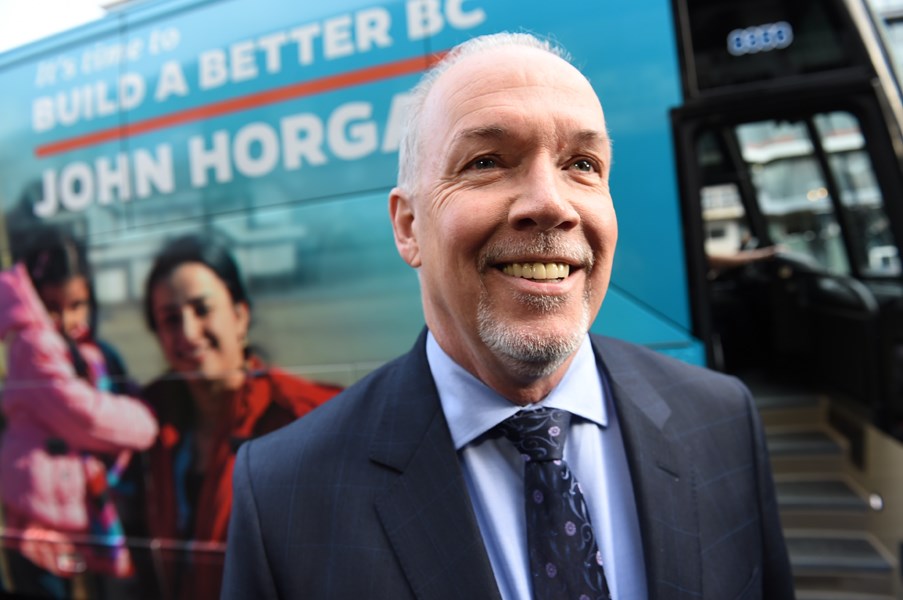 As the BC NDP continues to cruise along in power, the party’s federal cousins appear to be lurching towards disaster.

Such a scenario seemed implausible just a few years ago. Back then, the provincial NDP was reeling after an expected election loss in 2013, while the federal wing of the party seemed on the cusp of a historic breakthrough in terms of seats.

However, those days are clearly in the distant past and the chances of them being repeated seem highly unlikely.

The contrast in the direction of the two parties could not be starker.

The BC NDP is approaching its second anniversary of coming to power and is basking in confidence and respectable popularity. While technically a minority government, it is performing as if it is a strong majority and the result has been some important policy shifts.

To be sure, some significant challenges remain - housing in Metro Vancouver and the Capital region is still largely unaffordable, the rental shortage is not going away, and homelessness and the fentanyl crisis seem entrenched. The forest industry is in serious trouble and hundreds of forest workers are facing layoffs.

In addition, the government’s introduction of new taxes – particularly the employers’ payroll tax – will undoubtedly become more unpopular over time.

Overall, though, the BC NDP continues to sail along with all cylinders firing.

Contrast that situation with the one faced by the federal New Democrats.

The federal NDP, led by Burnaby South MP Jagmeet Singh, seems rudderless and adrift on increasingly stormy seas, as the federal election begins to hover into view. A record number of incumbent MPs have bailed on the party, it has a chronic fundraising problem and there is no evidence that its leader is connecting with voters.

Its 2011 breakthrough in Quebec, when it won 59 seats there, now seems like a mirage. The NDP dropped to just 16 seats in that province in 2015 and now appears set to lose most, if not all of them in October.

In fact, things seem so bad for the federal New Democrats that a number of seasoned observers have suggested the federal Green Party may be about to replace the NDP as the third party in the House of Commons come the October vote.

Indeed, a number of recent polls suggest the two parties are essentially tied in public support.

While I do not necessarily share the same lofty view of the federal Greens when it comes to winning seats, do not minimize the party’s potential ability to steal a significant amount of the NDP’s traditional support.

It can be argued the Greens may eat into the Liberals’ support as well, but that party seems to be picking up steam at just the right time. In fact, the Liberals may also attract would-be NDP voters who fear a potential Conservative Party victory.

How these shifting sands play out in B.C. will be interesting when voters head to the polls in October. The NDP will be challenged to hold on to such seats as Victoria, Skeena-Bulkley Valley and some of its ridings on Vancouver Island, where the Greens are strongest.

The Greens won the recent by-election in Nanaimo-Ladysmith, and it is hard to see the NDP reclaiming that seat in the fall. In fact, it may be lucky to finish even third in that riding.

The worst-case scenario for the NDP would be to drop below 12 seats, which would cost it its official party status. While that seems unlikely, it does seem there is the potential for a dramatic realignment in the non-Liberal/Conservative electorate.

Technically, the BC NDP and the federal NDP are part of the same party but, in reality, they are glaringly different from each other.

One side is striding with purpose to a provincial election more than two years away. The other is plodding along to a vote as well, except in its case it may well be approaching a cliff.