I love cooking TV shows. More specifically, I love competitive cooking shows. Chopped is everything and my absolutely favourite, but a new TV show is creeping into my culinary heart.
Nov 10, 2020 4:24 PM By: Chris Campbell 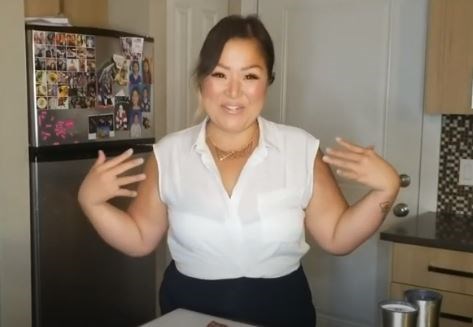 More specifically, I love competitive cooking shows. Chopped is everything and my absolutely favourite, but a new TV show is creeping into my culinary heart.

It’s called Wall of Chefs and a Burnaby home chef kicked some serious butt on the Nov. 3 episode.

Julia Mark, a 33-year-old makeup artist, managed to calm her nerves enough to take second place on this show. Wall of Chefs takes four home cooks and has them go through three rounds in a quest to win $10,000.

Judging them are the members of the chefs wall, made up of some of the top chefs Canada has to offer.

“It feels absolutely nerve-wracking cooking in front of these chefs,” Mark said on the show during the first round. “Don’t pass out, don’t pass out.”

Mark managed to stay cool despite dropping one of her crab croquettes on the floor. She just shook that off and made another and really impressed the judges with the croquettes with a mango salsa and avocado puree.

In the second round, Mark made a coconut and chickpea curry with shrimp and crispy kale. Oh, and she stunned the judges by making naan bread from scratch.

Mark ended up winning the second round, which led to a showdown with a woman named Meredith.

Mark got off to a shaky start with the duck breast she had chosen, but she made an expert pivot by bringing out filet mignon and cooking that to perfection.

Alas, in the end, it wasn’t enough and Mark fell just short.

But it was an amazing effort and made for some exciting television. You can watch the episode here.

I’ve included below a video on YouTube that Mark posted of her audition. It’s neat stuff.