This is the best pizza in Burnaby. I weep for those who haven't tried it

Pizza is a touchy topic. Trying to get a group of people to agree on pizza can be like pouring gasoline on a campfire. People argue over which place is the best in their neighbourhood. Then they argue over what toppings they should get.
Jun 29, 2019 8:25 AM By: Chris Campbell 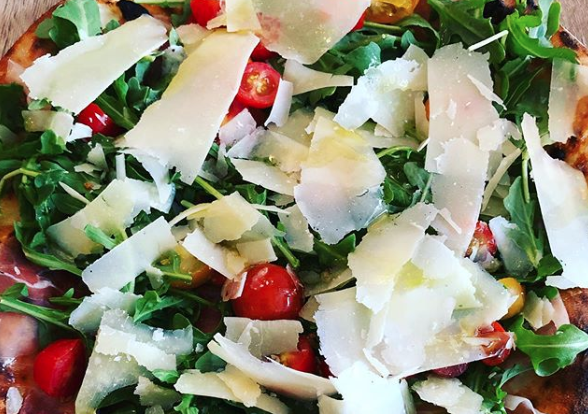 Pizza is a touchy topic.

Trying to get a group of people to agree on pizza can be like pouring gasoline on a campfire.

I respect people’s opinions. There are some find pizza places out there. This is not a commentary on other places.

But I’m telling you right here and now that I found my own personal absolute favourite slice of pizza in Burnaby and I don’t think anything even comes close.

It’s from Sopra Sotto, which opened a few months ago in Burnaby Heights on Hastings. This is the company’s second location – the first is on Vancouver’s Commercial Drive.

They tout themselves as being a part of the “slow food movement” and the quality really does show. Their pizzas are baked in a grand wood-fired oven.

If you’re in a rush, this isn’t the place you go.

But if you have time to sit down and eat some pizza, then it’s worth it.

On my first visit, I tried the salsiccia and it was good, but the sausage was a little spicy for my wimpy tastes.

Then I went again and had my mind blown. I tried the rucola e prosciutto and it was perfection.

It’s perfect pizza dough with mozzarella and a thin sheet of prosciutto that has a nice saltiness to it. Then cool up all of that. Then they pile on cold arugula, shaved grana cheese and juicy cherry tomatoes. I share a pizza with a friend and we both agreed it was so good we actually didn’t want to share with each other.

It’s like a salad on top of a pizza. I actually purred afterwards and I’m not even a cat.

Sopra Sotto also has a pretty devastating tiramisu to finish things off with.

I will be returning.

DISCLAIMER: I have not been paid by the restaurant to write this blog. I paid for my own meal and the restaurant has no idea I am writing this. I just like telling people about great food.