British Columbia commercial real estate investment activity and dollar volume achieved record heights in 2017 with the disposition of 230 office, industrial and retail properties valued at $7.5 billion during the record-setting year.
Apr 17, 2018 11:16 AM By: Wi Staff 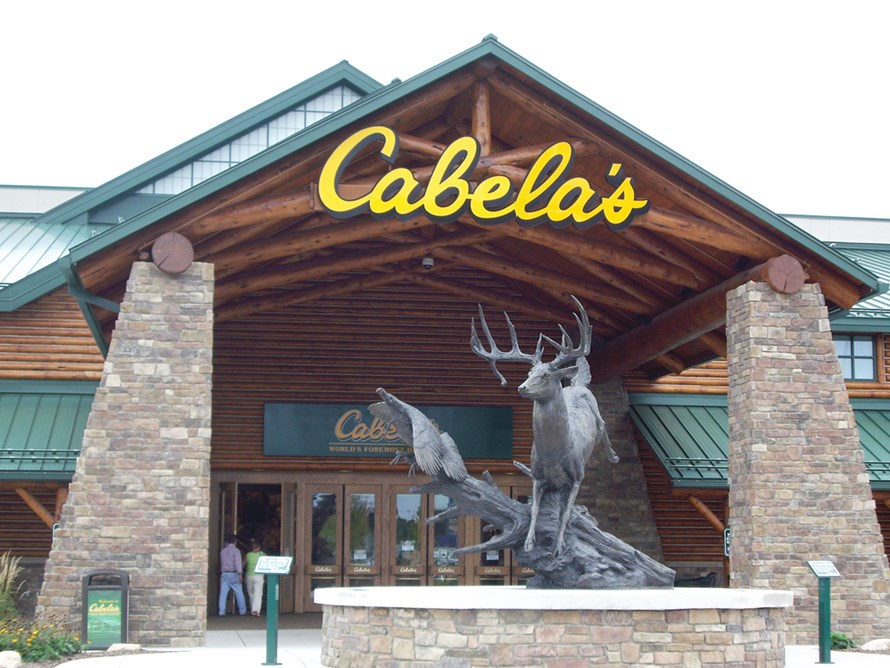 The $34 million sales of the Dickinson Crossing Shopping Centre in Nanaimo in November was among the biggest retail real estate sales during a record-breaking 2017 for commercial transactions in B.C. Dickinson is home to B.C.’s first store by Cabella, the world’s largest hunting and fishing equipment retailer. | Submitted

British Columbia commercial real estate investment activity and dollar volume achieved record heights in 2017 with the disposition of 230 office, industrial and retail properties valued at $7.5 billion during the record-setting year. The previous record was set in 2016 when 147 deals worth $4.1 billion transacted. Values and deal velocity have risen exponentially in B.C. since 2015, according to Avison Young’s Year-End 2017 B.C. Real Estate Investment Review.

The reasons behind this massive increase includes large pools of private and institutional capital (both local and foreign), an ongoing shortage of land for development and an extended low-interest-rate environment, but it is the mindset of market participants that ultimately dictates performance, the report notes.

In 2017, more property owners (i.e. potential vendors) than historically seen in this market apparently came to the conclusion that a significant enough peak in terms of pricing had been achieved, which triggered the disposition of more assets and translated into an increase in deal velocity.

From a purchaser’s perspective, the B.C. market’s track record of considerable price appreciation and stability – the B.C. market has not registered a noteworthy downturn in pricing in more than a decade – boosted demand from well-capitalized buyers with the mindset that such assets will continue to increase in value.

“The result of this divergence in opinion among vendors and purchasers produced the record level of deal activity and investment registered in B.C. in 2017,” the report explains.

“Ongoing price appreciation in all asset classes is being driven almost exclusively by land value and redevelopment potential,” said Avison Young principal Bob Levine “The acquisition of retail assets has morphed in many cases into land deals with lesser consideration or interest for the income in place or the retail asset itself. This approach has spread to office and even industrial properties as investors seek to secure land in hopes of redevelopment.”

Private purchasers remained the most dominant buyer group in 2017. They accounted for 87 per cent of all transactions but just 46 per cent of total dollar volume.

RETAIL:  Sales of retail assets achieved blockbuster heights in 2017 with 96 transactions valued at $3.63 billion – surpassing the previous record of 59 retail details worth $1.22 billion set in 2015. Retail investment sales captured 48 per cent of overall B.C. dollar volume of $7.5 billion in 2017 while representing 42 per cent of the total number of sales.

INDUSTRIAL:  Robust demand for B.C. industrial assets pushed deal and dollar to record levels in 2017 with 88 deals valued at more than $1.2 billion, capturing 16 per cent of total 2017 investment proceeds of $7.5 billion but claiming 38 per cent of the total number of deals. This easily surpassed the previous record set in 2016 (61 deals for $819 million) and marks the first time in B.C. history that industrial dollar volume surpassed $1 billion in a single year.

MULTI-FAMILY:  Multi-family investment activity surpassed the billion-dollar mark for only the second time in B.C. history after registering more than $1.275 billion in 89 sale transactions in 2017. While the number of transactions in 2017, 89, marked a new record, dollar volume fell short of the record set in 2015 when 80 properties valued at $1.41 billion traded hands. Multi-family investment activity remained stable in 2017 with sales evenly distributed throughout the year. First-half sales featured 46 transactions valued at $652 million, while sales in the back half of the year resulted in 43 deals worth $624 million, Avison Young reports.