Old site being transformed into industrial strata property more than double its current square footage
Jun 12, 2018 9:51 AM By: Janaya Fuller-Evans 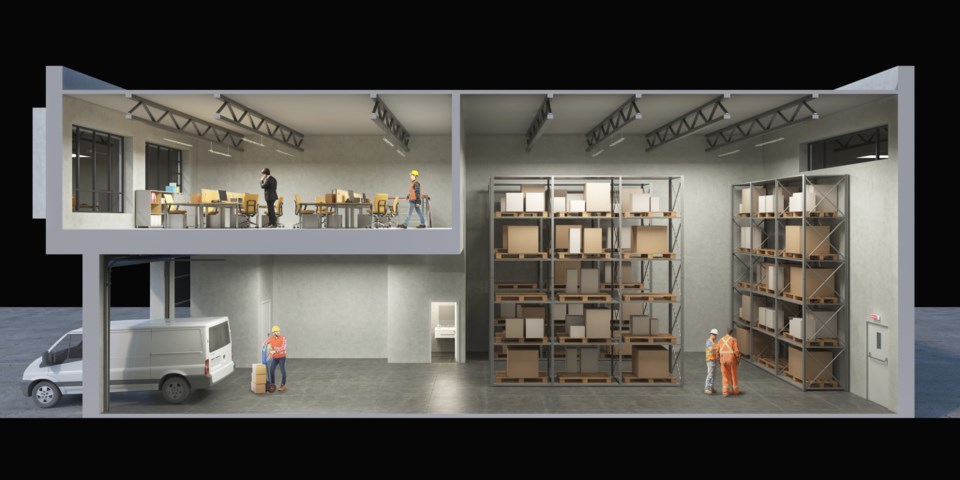 An old industrial site near Brentwood is being transformed into an industrial strata property more than double its current square footage, according to developer PC Urban Properties Corporation.

The Vancouver development company works on older and challenging properties that need redesigning and revitalizing. The IntraUrban Brentwood project is their first foray into Burnaby.

The area itself was a big draw for the project, according Brent Sawchyn, principal developer with PC Urban Properties Corporation.

“It’s a prime location because of how easy it is for small and medium sized businesses, it’s so convenient for them, given its location,” he said.

The property at 5495 Regent St. is east of Willingdon Avenue in the Still Creek industrial area of Burnaby, near Brentwood.

“It’s an incredibly desirable area,” Sawchyn said, saying there is less and less industrial land available for development these days. “There’s no shortage of demand in the area.”

The property’s location makes it easy to get to Vancouver, the North Shore or even out to the Fraser Valley, because of its proximity to Highway 1 and Lougheed Highway, he added.

“We haven’t had this kind of property in more than 20 years,” Ryan Kerr, a principal with Avison Young told the NOW.

Kerr, the broker for the development, went on to say that 30 units, more than 100,000 square feet of industrial strata space, was replacing the older industrial and office building.

“It was a single tenant in the past,” he said.

Though the project has not yet had final approval from the city, there is already considerable interest, he added.

The units are getting attention from a wide array of potential tenants, Kerr said, including contracting firms, bike companies, snack food companies, and companies that sell construction materials.

Industrial strata prices have increased in Burnaby from $206 per square foot a decade ago to more than $400 per square foot now, according to Avison Young, because of supply constraints in part due to rezoning of industrial land in the area as well as increasing demand.

The project is expected to get final approval by September or October, according to Sawchyn.

The City of Burnaby encourages projects, such as this one, that use and improve upon existing industrial properties, according to Jim Wolf, The city of Burnaby’s senior long range planner.

“Part of the overall local and regional strategy is to encourage redevelopment and intensification of existing sites to maximize the use of the region’s existing designated industrial land base,” Wolf wrote in an email to the NOW. “Redevelopment of existing sites provides more opportunities for maximizing the intensification of available sites and adaptation to contemporary building forms that suit the needs of local businesses.”

The project is expected to be completed by the end of 2019 or beginning of 2020.