Amenity-rich buildings aimed at growing number of deep-pocketed residents who prefer to rent rather than buy
May 28, 2018 9:26 AM By: Susan M. Boyce 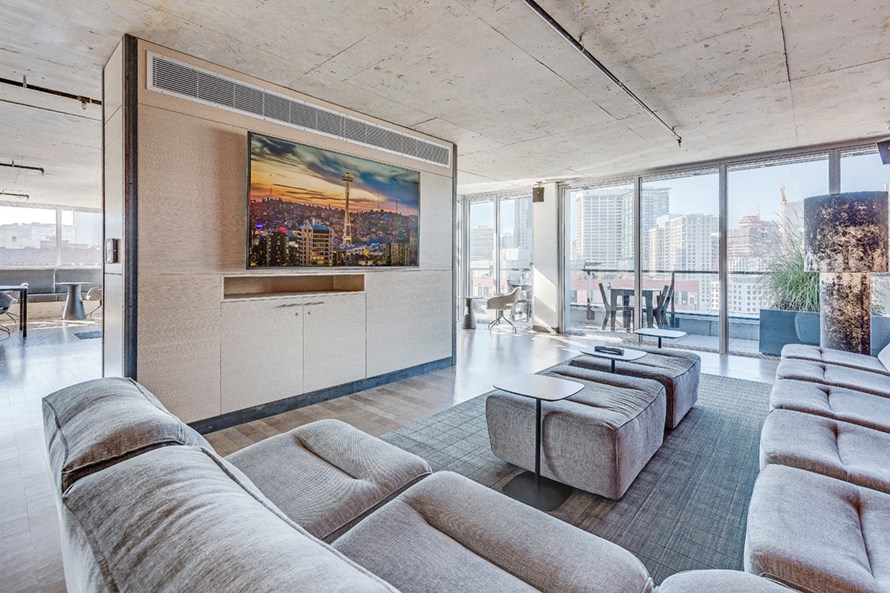 In a market plagued with a chronic undersupply of rental accommodation, soaring land costs and consumer demand for a home with all the bells and whistles, some developers and investors are taking a second look at purpose-built rental towers.

But make no mistake, these rentals are a far cry from the cramped apartments with cheap linoleum and shared laundry that were the de-facto standard not so long ago. Today’s new purpose-built rentals are contemporary, well appointed, and often include on-site amenities to rival market condominiums.

Jason Turcotte, vice-president of development at Cressey, said there are two primary drivers to this renewed interest in purpose-built rentals – and they’re at opposite ends of the age spectrum.

“First there are the Millennials who have high expectations of everything and aren’t willing to wait or compromise,” Turcotte said. “Many have well-paying jobs so they can handle a mortgage payment – they just don’t have the money for a down payment on a market condo.

"On the flip side is the older demographic who have realized huge gains from selling their family home but don’t want to reinvest all of it into a condo. They’d rather travel, relax and keep their options open.”

“People today are busy,” said Daryl Simpson, senior vice-president with Bosa Properties, the company currently developing a rental tower at Pendrell and Davie in the heart of Vancouver’s West End. “So we focus on amenities that make tenants’ lives easier – things like refrigerated food lockers, parcel delivery service, dog and car wash stations – features that are especially important in a world-class urban environment like Vancouver.”

“The economics, though, can definitely be challenging,” said Brent Sawchyn, principal of PC Urban Properties. “The approval process is just as long for a rental building as it is for market condominiums, construction and land prices are constantly rising, and in Canada we haven’t had the government policies to encourage rentals that you see in the States. Since the MURB [Multiple-Unit Residential Building] program ended in the late 1980s, there has been virtually no new product because it’s been far more lucrative to build sale product.”

Chris Colbeck, vice-president of sales and marketing with Townline, adds that south of the 49th in urban centres like Los Angeles, where the company currently has two rental towers under construction, high-end rental towers are the norm. That’s a trend he sees moving north and bringing advantages for both tenants and landlords with it.

“New inventory with premium finishings gives the ability to charge premium rents. And those tenants benefit from certainty of term – there’s no risk the owner will suddenly decide to sell their investment suite.”

Turcotte said there is also a growing number of people who have no desire to own their home and are perfectly content to be permanent renters – a prevalent, well accepted lifestyle choice throughout Europe and many parts of the United States. What they do want are amenities – lots of amenities that replicate the ambience of a high-end hotel. “These tenants want social lounges, games rooms, concierge service, and multiple fitness facilities,” he said.

“It’s human nature to hang out in a social space with other people, so at Cressey we’ve invested a lot of time looking at the way tenants behave in common spaces. It’s surprising how often you’ll see people just reading or working on their laptop without any need to constantly be interacting with each other.” Counterintuitively, this turns out to be a factor that encourages a neighbourhood vibe. “It’s amazing how often people who live in a condo don’t actually know their neighbours. By creating buildings that feel more like a university campus, you build a sense of community.”

David Hutniak, CEO of LandlordBC, said he’s also seeing more new rental properties being built with amenities that mirror those found in market condos. “Ultimately it’s driven by economics. The added value these amenities bring can help attract tenants with higher incomes, but ultimately we need so many more rentals here – rentals that are aimed at local incomes. It’s just that simple.”