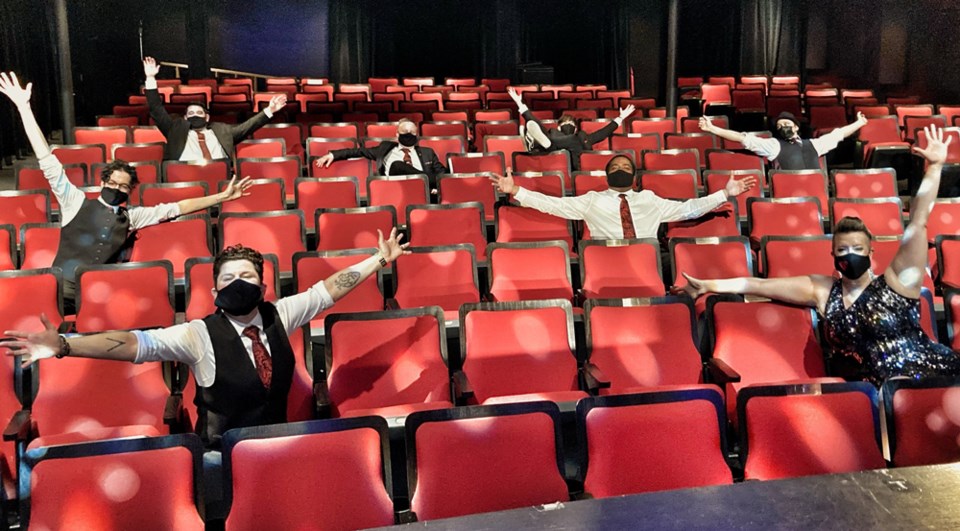 “Having been a Burnaby resident before and after Pride came to the city, I was so excited to see the first Burnaby Pride event,” says Athena Affan (she/her). “I wanted to get involved.”

And so she did. A proudly self-described “fat, Black, Afro-Caribbean femme” as well as a long-time Burnabyite, Affan joined the community initiative as co-chair this year.

She came onboard at an interesting time in Burnaby Pride’s short history. It’s a young event (the first edition was staged in 2018), so its relatively inexperienced organizers had to pivot with alarming speed when the pandemic required last year’s celebrations to take place exclusively online.

To their eternal credit, Burnaby Pride 2020 was a great success. Four and a half hours of live and pre-recorded programming were broadcast on Facebook and YouTube, and attracted “a larger audience than we’d anticipated,” says fellow co-chair and accessibility consultant Heather McCain (they/them).

“We had comments open, so we were hearing in real time from people who were watching,” says McCain. “It was awesome. We really appreciated how different parts of the event spoke to different people, and when they saw someone of the same identity, how proud they were to see that representation.”

For this year’s Burnaby Pride festivities, taking place July 23-24, organizers are well prepared for another all-virtual event. And they’re thrilled about the number and diversity of performers and participants representing the city’s 2SLGBTQIA+ community.

Burnaby Pride 2021 kicks off Friday, July 23, with a performance from Queer as Funk, an acclaimed seven-piece high-energy dance band whose sound harks back to the Motown, blues, jazz and—yes—funk from the 1960s and ’70s.

“Something new this year that’s amazing is we have access through our community partnerships to the Shadbolt Centre for the Arts,” says Affan, noting that the MCs will be broadcasted live from the theatre and many performers are pre-filming their performances in the theatre. “So, the look and feel of our performances will be consistent throughout the event. We also have some set designers on our team this year. We’re really ready to up the ante on what we did last year.

“We’ve also had the opportunity this year to be partnered with Rob Bittner, who’s doing some book talks for us that should be released in the weeks coming up to Pride through our social media. Rob is a specialist on young-adult fiction that supports, talks about and is written by sexually- and gender-diverse communities.”

“When Rob makes book suggestions,” adds McCain, “the Burnaby Public Library, which is also a Pride partner, makes sure they have those books in stock or puts them on their buying list, and this ensures they’re available to anyone who wants to access them.”

While next year will hopefully see a return to in-person Pride celebrations, Affan and McCain view this and last year’s enforced move to online programming as a blessing in disguise.

“COVID has been extremely tough for a lot of people,” says McCain, “but thanks to the online access, we heard from people who were watching from places all across North America and abroad. I also know a lot of people accessed the event who can’t come in person for whatever reasons—whether it’s geographical or accessibility or otherwise—and we do intend, post-pandemic, to continue some sort of online component, so those people can continue to be involved. We hope to have programming throughout the year, because we recognize that being proud isn’t just something that happens from June to August.”

“We’re really looking forward to being able to enrich Burnaby’s sexually- and gender-diverse communities, and folks who live and work in the Burnaby area,” says Affan. “We really have big visions for Burnaby Pride to be an organization that’s supportive of the community all year long.”

Burnaby Pride is always seeking enthusiastic volunteers to continue and grow its work. Find out more at burnabypride.com.

Real estate agent Eric Zamora uses data-driven experiences to go above and beyond for clients
Jul 2, 2021 8:00 AM