"I realized I could contribute by keeping an artistic record of what is occurring right now - what we fear, what we love and loath, who or what inspires us or makes us angry."
Apr 15, 2020 8:58 PM By: Elana Shepert 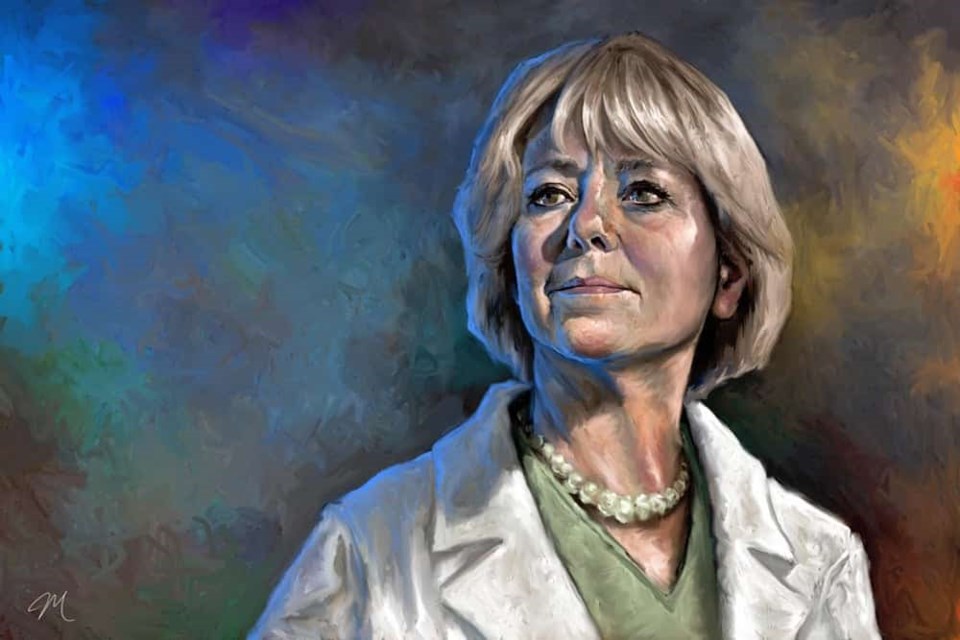 "Art, and the making of it, is by no stretch the privileged, proprietary domain of an elite few… it belongs to everyone, and can be created by anyone."

According to Mark Zelmer, 45, art is a self-expression. In order to be successful, the Vancouver-based artist believes it should provoke a response, feeling or dialogue, and that everyone possesses the capability to do that. To people who think they can't paint, he says, " 'talent' is merely a practiced skill that can be learned, but 'creativity' is a human trait that we’re all born with."

With his kind words in mind, Zelmer does the occasional portrait commission, illustration, or even the odd exhibition. Early in his education, he says he received instruction on classical, representational, Enlightenment-style oil painting, in the “Flemish” school of painting.

"Perhaps a decade ago, I moved more toward digital painting, as the quickness and the malleability of that medium was too much to resist," Zelmer writes in an email to Vancouver Is Awesome. "However, I always sought to use it to accentuate my first love, oil painting. While these days I do about 90% of my work digitally, I’ve not fully let go of oils - there’s a magic in stretching and priming your own canvas, mixing the paints, and actually crafting a physical piece of artwork."

Zelmer grew up in on the Tulalip Reservation, just north of Seattle in Washington State. He says he decided to move to Canada about five minutes after meeting his wife, who is from Vancouver.

"We lived downtown in the West End for many wonderful years, and last year made the move to New Westminster, where our very active young son adores the beautiful trees and gorgeous park space," writes Zelmer.

"Like almost all of us, my life has been turned upside-down by The COVID-19 Pandemic. My hours have been cut back to the bare minimum at work, my wife has been laid off, and my young son, who is on the Autism Spectrum, is having to forego personal therapy indefinitely."

Zelmer notes that for his son, who is non-verbal, to not be able to attend therapy is utterly heartbreaking for him, as he's at a critical age developmentally. He notes that losing this time could be very detrimental to his long term abilities with social interactions and even basic communication.

"Obviously, you cannot quantify despair or pain, and the clock ticks whether you want it to or not. All we can do is pick ourselves up, give it a good Canadian “It is what it is,” and get on with it," he says.

"As a painter and illustrator, at first I felt like there wasn’t much I could do to provide practical assistance to anyone.  But after much consideration, and a great deal of very positive feedback, I realized I could contribute by keeping an artistic record of what is occurring right now - what we fear, what we love and loath, who or what inspires us or makes us angry.  It would behoove us all to never forget what is occurring right now."

Now, Zelmer is painting a series of portraits of the people in Canada who he feels are really making a difference at this critical time.

"This started simply as a visual journal for myself, for no other reason than to maintain my own sanity and well-being, and with no expectation that anyone would ever see these. I was very surprised, therefore, at the attention that my first piece received, that of our provincial health officer Dr. Bonnie Henry. I was quite moved by the dialogue that this simple portrait opened up. I feel it’s very important to communicate often and communicate well with each other right now, in whatever form that may take."

Dr. Henry is the first, but Zelmer says he's been taking suggestions from friends and family as to whom I may paint next.

"I very much want to focus on the positive aspects of these folks, as it really does help keep our chin up to do so."

Have a look at more of Zelmer's work HERE.