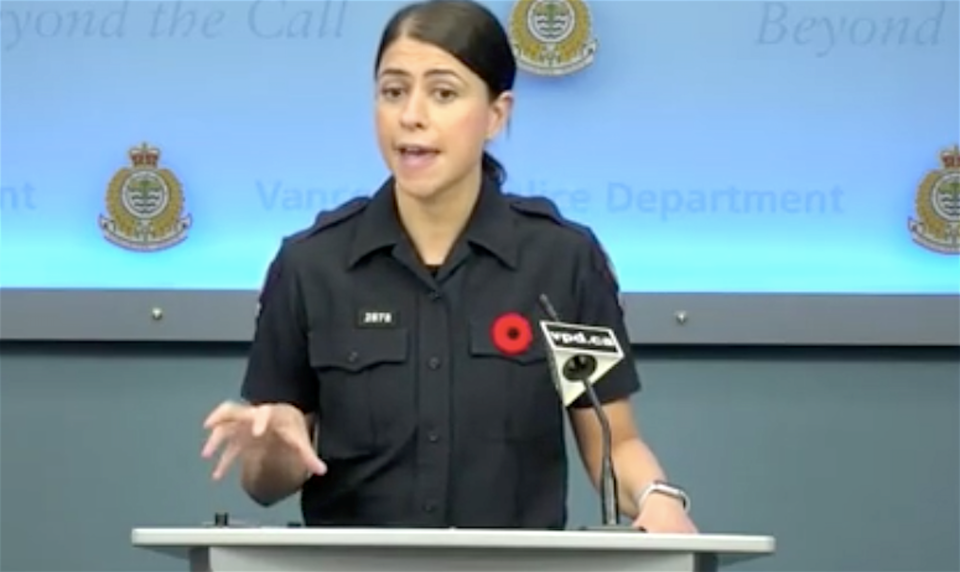 Within two days, two East Asian women in Vancouver were the victims of unprovoked violence.

One was punched square in the face, the other spit on while walking down the street. The reason for the assaults is still unknown.

However, police are investigating the incidents as possible hate crimes.

Vancouver Police Department Cst. Tania Visintin said, "we are not ruling out any motives, including if there was a bias, prejudice or hate element to the assaults.”

The first attack, Wednesday, saw a woman punched by a Caucasian man near Granville and Helmcken streets at 4:30 p.m.

She was knocked to the ground by the violent act.

The suspect – a male approximately six feet tall – appeared to be anywhere from 20 to 30 years old. He has short hair and a slim build.

The very next day, a woman walking near West Georgia Street and Citadel Parade was spat on.

The suspect, a male described as five feet six inches tall with dark brown shoulder-length hair, continued on his way.

He has not been located by police, who are now concerned about the random nature of the assault – “the victim and suspect have no relation to each other in both cases,” added Visintin.

Vancouver police have noted that 2020 has seen a troubling rise in the number of hate-associated reports.

This includes an 878 per cent uptick in anti-Asian crimes, according to recent data from Vancouver Police Department.