Independent who previously called for a ban on public kissing says city newspaper could replace need for elections
Sep 30, 2018 4:33 PM By: Kelvin Gawley 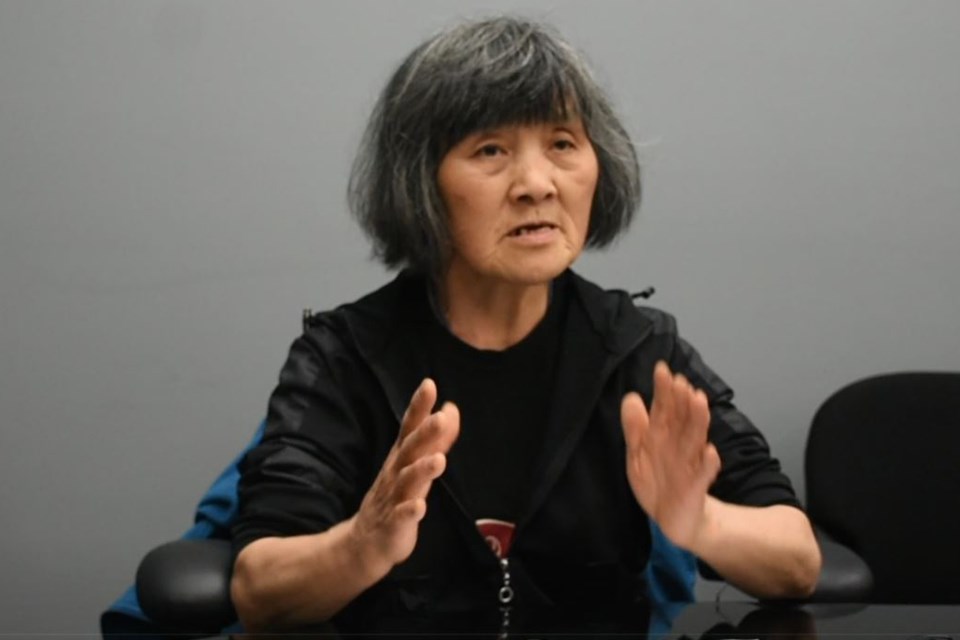 Sylvia Gung sat down with the Burnaby NOW in the first in its series of live mayoral interviews.

Burnaby mayoral hopeful Sylvia Gung wants to abolish civic elections and the local school board if she is elected on Oct. 20.

This is the independent candidate’s third crack at the mayor’s chair in Burnaby, after campaigns in 2011 and 2014.

She received less than one per cent of the vote in 2014.

Gung made the case for doing away with local elections during an interview with the Burnaby NOW broadcast live on Facebook (skip to 4:42 to hear her plan).

In the most recent election, she made headlines for proposing a ban on public kissing, including between new spouses at weddings.

Gung said she got attention from around the world in 2014 for her position on public displays of affection, with one person calling all the way from Australia to say they thought the notion was “crazy.”

She said her call for a “ban” was a mistake due English not being her first language. Instead, she said she would like to educate the public about why she thinks public kissing is inappropriate.

She also shared some of her thoughts on cannabis legalization, the proposed Burnaby Mountain gondola to SFU and housing.

Click here for a schedule of the remaining live mayoral interviews.

Watch the full interview below: