COVID-19 has been brutal for pretty much every business in Burnaby. But there’s one neighbourhood that has seen an extra blow because of where it’s situation and who represents their customer base.
Jul 17, 2021 5:32 AM By: Chris Campbell 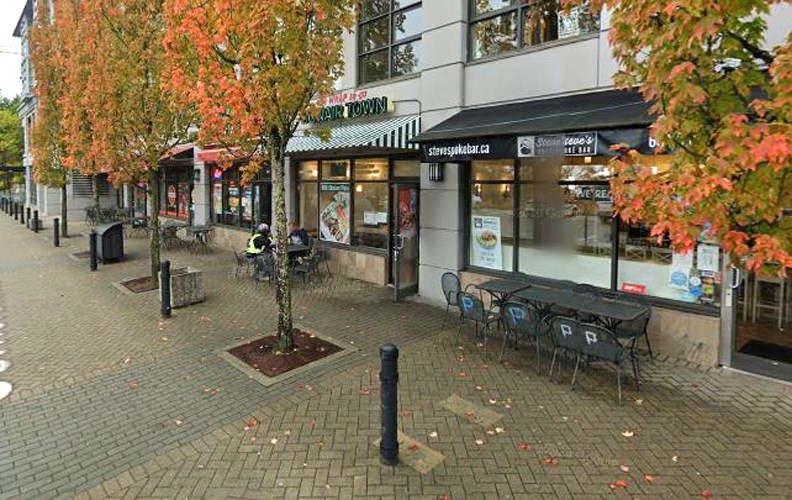 UniverCity has many restaurants geared towards quick food.Google Street View

COVID-19 has been brutal for pretty much every business in Burnaby.

But there’s one neighbourhood that has seen an extra blow because of where it’s situation and who represents their customer base.

I’m talking about my home neighbourhood of UniverCity on Burnaby Mountain next to the campus of Simon Fraser University.

The area was opened up for development so more housing could be built to rent out to SFU students. I’ve rented out rooms to students previously and so do hundreds, if not thousands of others, in this area.

COVID-19, of course, changed that with SFU going online. The student population dropped dramatically and so even when restaurants were reopened during the pandemic, they sat mostly empty.

Our area has a range of eateries aimed at getting quick food, like Steve’s Poke Bar and Pho 99, as well as pizza joints and others. The streets have often been like ghost towns and many of the staff and owners I have spoken with through the pandemic tell me they are hanging on by their fingernails, waiting for the campus to fully re-open and the students to return.

“We’re hoping to see a lot of students return to the area at the end of the summer before classes start,” said one server whose tips have cratered.

The worst hit has been The Study pub operated by the Joseph Richard Group. It’s been closed this entire time and it’s unclear if it will ever re-open. I hope it does because the food is good and it has a kick-ass views.

Like I said, most businesses have suffered, but this neighbourhood of businesses is still not reaping much benefits of things re-opening. And so they tick off the days until September.

Efforts are being made to help many food businesses earn extra money – something they all need.

Starting July 8, pubs and restaurants in B.C. can now sell single-serving, pre-mixed drinks for takeout or delivery with the purchase of a meal.

This news comes almost four months after the provincial government announced pubs and restaurants could permanently add packaged liquor products to takeout or delivery (again, with the purchase of a meal).

“We’re continuing to open up new revenue-stream opportunities to help our hospitality sector rebuild in the wake of the pandemic,” said Mike Farnworth, Minister of Public Safety and Solicitor General, in a press release. “At the same time, appropriate safeguards will be in place to protect public safety and prevent minors’ access to liquor.”

B.C. joins Ontario and Alberta in allowing cocktails-to-go (it was introduced in those two provinces in December 2020). The release notes there haven't been any public safety issues.

The province's statement goes on to say the Liquor and Cannabis Regulation Branch will consult with industry on whether to expand the new measure to include single servings of beverages that are not mixed, such as neat spirits, wine, draught beer and other drinks available on tap.

Pre-mixed single servings for takeout will need to be packaged in a way that can be transported lawfully. They must also have a label that shows the type and amount of alcohol the drinks contain and lists all other ingredients.

Only people who have completed their Serving It Right training will be allowed to deliver cocktails with food, the government says. The customer, meanwhile, "will need to be prepared to present two pieces of identification" to show they are of legal drinking age.

Burnaby to run its own restaurant at iconic Horizons site with city’s best views
Jul 16, 2021 7:15 AM