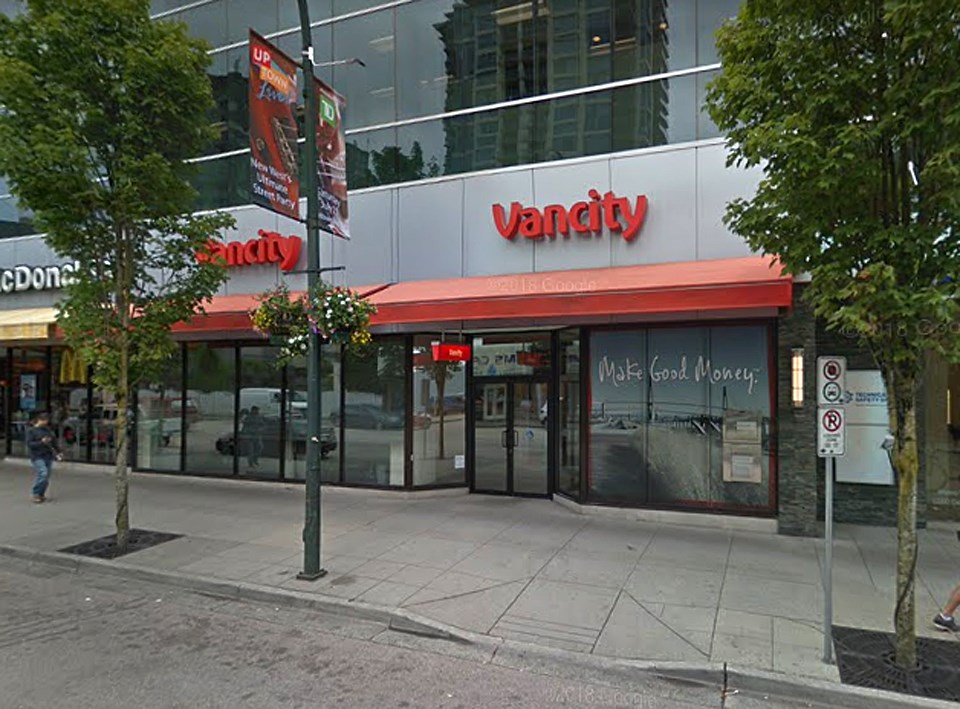 A 39-year-old man is in custody after he allegedly robbed a New West bank at knifepoint yesterday and then crashed a carjacked getaway vehicle in Burnaby.

Burnaby RCMP got a call for a two-vehicle collision in the 5700 block of Marine Way at about 4:50 p.m. and then another call shortly after for a fight in progress in the Market Crossing parking lot, according to media spokesperson Cpl. Brett Cunningham.

He said the fight appeared to be an attempted carjacking in progress, and police arrested a 39-year-old Vancouver man.

Local Mounties then discovered New Westminster police were looking for the man in relation to a bank robbery and carjacking in New Westminster about half-an-hour earlier.

At about 4:30 p.m., the suspect had allegedly entered the Vancity on Sixth Street, pulled a knife, demanded money from the tellers and made off with “a certain amount of cash,” according to New Westminster Police Department spokesperson Sgt. Sanjay Kumar.

Outside of the bank, Kumar said the man had allegedly tried unsuccessfully to carjack one vehicle before successfully commandeering a second one.

“He drove into Burnaby, and that’s where he crashed," Kumar told the NOW.

NWPD is investigating whether the man is also linked to a recent string of other bank robberies in the Lower Mainland, Kumar said.

Burnaby man and stepdad charged after organized-crime probe
Apr 9, 2021 9:36 AM