Storm sewer connection fees will also be flattened, to around $11,000, rather than different prices for each property
Dec 24, 2020 2:01 PM By: Dustin Godfrey 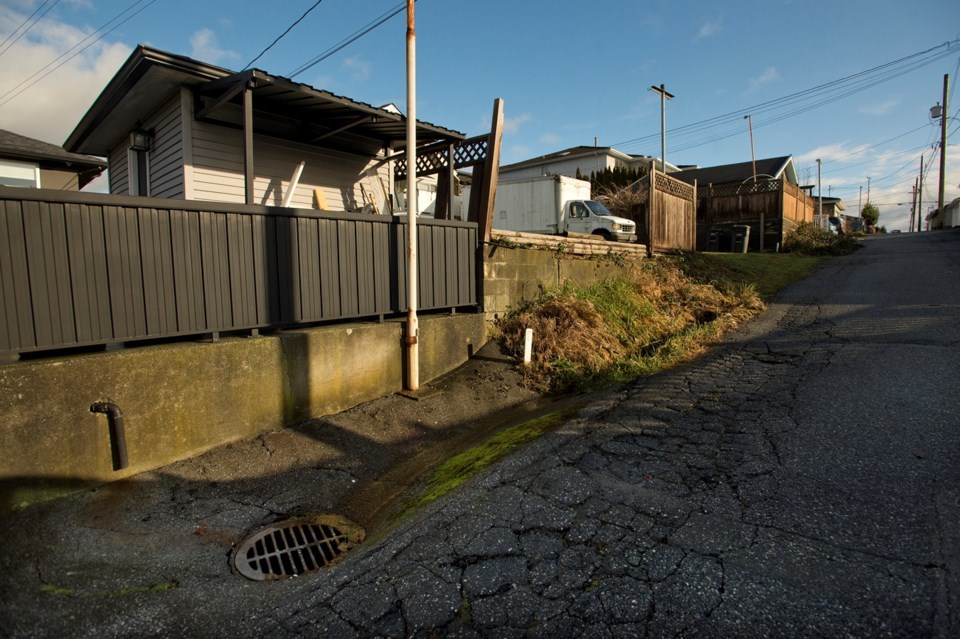 Homeowners will now only need to pay for their properties to connect to storm sewer lines, rather than paying for the full extension.Jennifer Gauthier/Burnaby Now

The City of Burnaby is looking at offering partial refunds to residents who paid full price for storm sewer extensions on their street, as council moves toward a “more balanced approach” to funding the project.

The city has been working to extend storm sewers to all properties in Burnaby, as a response to climate change, with more flooding anticipated in years to come. In 2017, the city changed how those sewer extensions are paid for.

Originally, the first homeowner on a block to seek a building permit of at least $250,000 was charged for the first 47.5 metres of the project – typically about $25,000 – and the remainder was covered by the city. Council approved a new bylaw in 2017 that, instead, split the cost evenly between all houses on the block – on average, about $22,000 per owner – while the city took on none of the cost.

On top of the storm sewer extension fees, which paid to run a sewer line up along the street, residents also had to pay a storm sewer connection fee to connect their property to the main line.

In the 2017 bylaw, the work would be done by the city after the first house on a block paid up for their building permit, and the city would collect the remainder from each of the houses as they sought their own building permits.

Since that bylaw was passed, the city has initiated 75 storm sewer projects, connecting around 550 properties.

But residents complained that it was “unfair” to make homeowners have to come up with extra funding in the tens of thousands of dollars. When Dave Hayre planned to redevelop his Willingdon Heights home, he was stuck with a $33,000 bill.

“I don't have that kind of money to just throw around,” Hayre said in January. “It’s very unfair for anybody to just come up with a lump sum like that.”

In the fall, the city’s financial management committee heard a proposal from staff that would have residents and the city each cover half the cost. That would reduce the average cost to each homeowner to $11,000.

This month, however, city council received a new report, which called for the sewer extension fees to be dropped altogether, only making homeowners pay for their property to be connected to the storm sewer line.

“I think this approach responds to (homeowners’) concerns. It also creates a system that is equitable for all homeowners and improves transparency and uncertainty,” Hurley said in a recent council meeting.

The city is also expected to provide a partial refund to the 75 property owners who paid the storm sewer extension and connection fees, likely to match the roughly $11,000 flat fee.