Her nephew, who was two years old when he was diagnosed with cystic fibrosis, inspired her to create her now highly successful home cooking Instagram account
Apr 8, 2021 6:12 AM By: Cameron Thomson 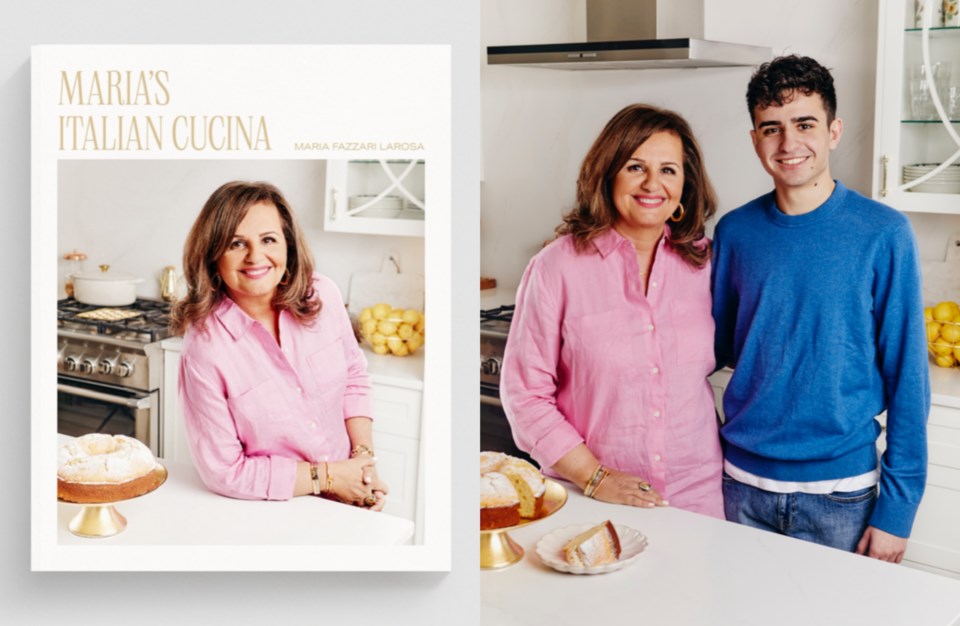 Maria Fazzari Larosa is looking to give back, donating partial proceeds from her soon-to-launch cookbook to Cystic Fibrosis Canada.

Expected to be available for pre-sale on Friday, Maria's Italian Cucina features 75 Italian family recipes all with origins to where Larosa’s parents grew up in southern Italy. Larosa runs a popular Instagram account where she shares photos of the food she makes and the stories behind each meal. Larosa’s nephew Luca Piccolo was the one who inspired her to create the Instagram account six years ago. Twelve years before making that suggestion Piccolo was diagnosed with cystic fibrosis.

The attention her cooking received through her Instagram account was the ingredient she needed to start working on the cookbook one year ago. Today her account has over 11,000 followers, a number that started jumping higher ever since she announced the cookbook in September 2020.

"I have just been growing with followers and it's very overwhelming,” she said. “A lot of the followers are coming from back east because I think there's a huge Italian community in Toronto and Montreal.”

Aside from supporting her nephew, the partial proceeds from the cookbook come as a way of thanks.

“I'm donating some of the proceeds to cystic fibrosis just because he's the one that told me to start it and I just want to give back and hopefully one day that cure can be found," Larosa said.

Larosa isn’t the only family member to support Piccolo in his fight against the disorder though. Her daughter has been participating in the annual GearUp4CF endurance bike ride which also serves as a fundraiser for cystic fibrosis.

The reaction her growing followers have had to her cookbook has been nothing but positive, Larosa often finds herself inundated with messages from other home cooks looking to replicate dishes they grew up with.

"They're just so thrilled that I'm going to have these recipes down on pen and paper," she says adding many of the recipes are rustic, southern Italian classics made the way so many mothers do, with a pinch here and a pinch there.

In terms of the secret ingredient that allows Larosa to capture that “mum's cooking” vibe, she says it's not something you can pick up at your local grocer.

"I think you really have to have a passion for cooking," she said. "A passion to first of all recreate that dish that is first of all simple, delicious but also has a memory behind it."

In a bit of cooking advice, the ingredient Larosa thinks cooks can be unnecessarily wary of is olive oil.

"Some people are scared to use a lot of olive oil," she said. "Olive oil really enhances the flavour of what you're cooking and if you have everything in moderation the olive oil will not harm you."

Updates for the release of Maria's Italian Cucina can be found on Larosa’s Instagram page at @mariascucina.