But when restrictions ease, the profit surge could drop
May 5, 2021 4:39 PM By: Staff Reporter 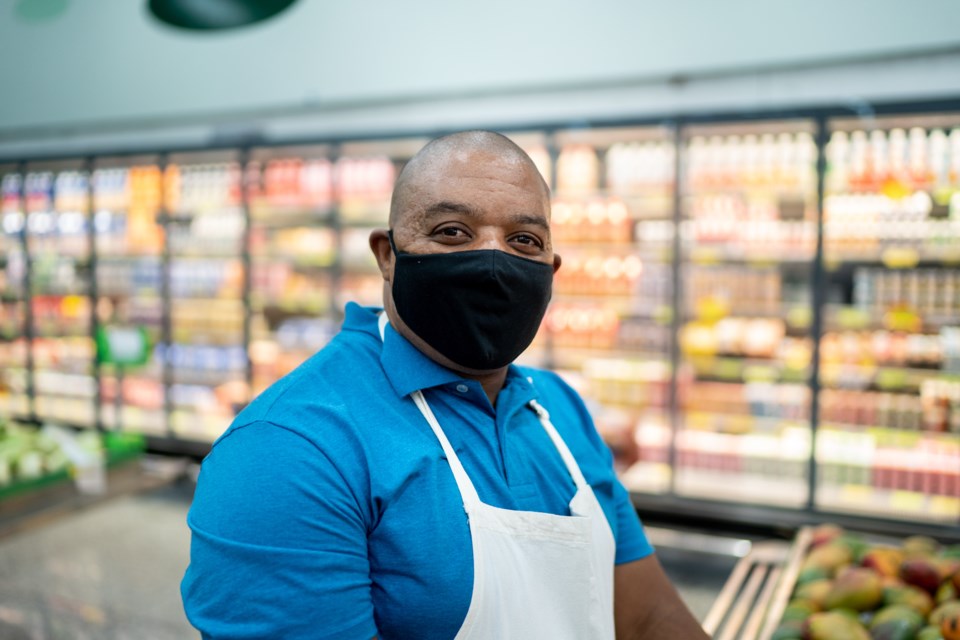 COVID-19 has hurt so many different businesses in Burnaby, but some have managed to see surging sales.

Loblaw Companies Ltd.'s year-long pandemic winning streak marked by surging sales and profits appears poised to level off as the supermarket giant starts comparing results against the panic-buying gains recorded at the outset of the pandemic.

Loblaw operates the Real Canadian Superstore and owns the T&T store at Metropolis at Metrotown in Burnaby. They have seen steady traffic, especially when some B.C. restrictions have been implemented.

For example, ongoing restaurant closures due to lockdown measures continued to benefit Canada's biggest grocery and drugstore retailer during its most recent quarter as people cooked more meals at home.

Loblaw said Wednesday its profits were up 30 per cent to $313 million in the first quarter of 2021 compared with a year ago. Revenues for the three months ended March 27 totalled $11.87 billion, up from $11.8 billion.

The company's strong results were buoyed by an improvement in its financial services business, as well as better-than-expected gross margins in food and drug sales.

However, Loblaw signalled that as the economy begins to reopen, revenue growth will be challenging going forward.

"I think it's a reasonable expectation that it's going to start to flatten out," Loblaw president Sarah Davis told analysts during a conference call ahead of her retirement on Thursday. "We're not going to see the high growth that we saw last year."

Indeed, most grocers have indicated that financial results will become more muted as they compare performance against the elevated sales recorded during the first wave of COVID-19 when consumers stockpiled goods in an effort to limit their shopping frequency and abide by stay-at-home orders.

But the fear-induced hoarding at the beginning of the pandemic has largely stopped, which could make results a year later look flat or even lower than last year's peak.

Loblaw said food retail same-stores sales growth was just 0.1 per cent in the most recent quarter, for example, as the company's financial results were compared to last year's unprecedented pandemic demand.

"Food retail same-store sales were relatively flat," Loblaw chief financial officer Darren Myers — who will be leaving the company after its annual general meeting on Thursday — said during the call with analysts.

The company's higher profits came as its financial services segment saw a $20-million reduction in its expected credit loss provisions in the quarter compared with a $50-million increase in the first quarter of 2020.

Meanwhile, Loblaw has faced criticism for not reinstating a pandemic pay premium for frontline workers despite strong profits.

In an email to staff, Davis said the company would be offering an appreciation bonus to staff in stores and distribution centres, employee discount events, up to three hours of paid time off for vaccinations and a continuation of a pay protection program for workers with COVID-19.

“This paltry payment to frontline grocery workers, who are keeping us fed throughout this pandemic, is nothing short of a disgrace,” Unifor national president Jerry Dias said in a statement.

The union said the one-time payment would range from $25 to a maximum of $175 for full-time workers.

Loblaw spokeswoman Catherine Thomas said in an email that the bonuses “will mean different things to different people, and will vary depending on hours worked in recent weeks.”

“That said, this is about more than just a bonus, and we expect that on average, the initiatives will amount to hundreds of dollars for colleagues.”

A fashion giant is closing this Burnaby mall store forever and moving west
May 2, 2021 7:21 AM