If elected, he would become the first African Member of Parliament from British Columbia in Canada’s history
Mar 18, 2021 6:22 AM By: Cameron Thomson 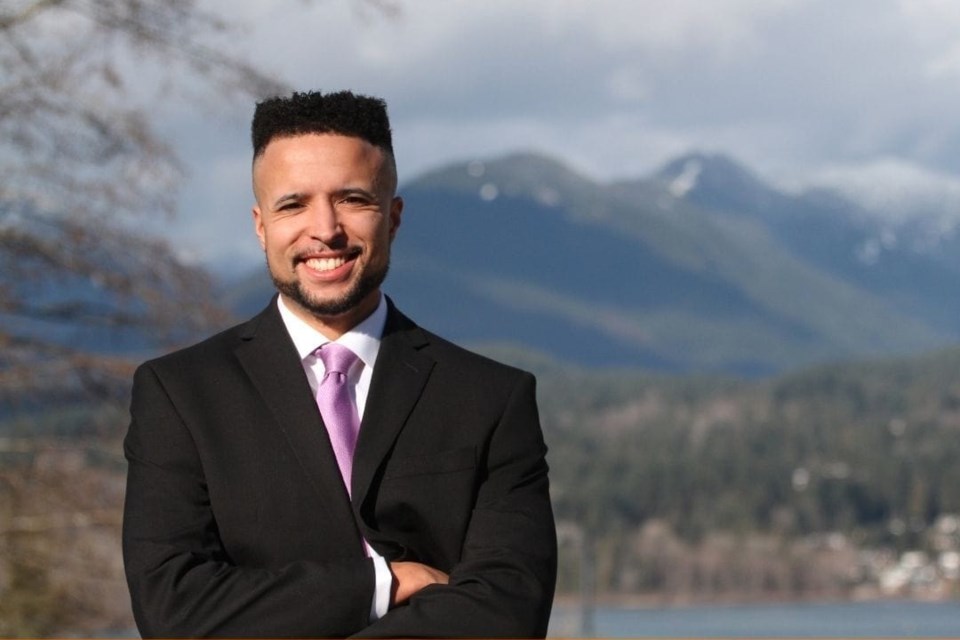 Markiel Simpson is running to be the NDP nominee for the Burnaby North-Seymour riding ahead of a possible federal election.Markiel Simpson

Ahead of a possible federal election, 26-year-old Markiel Simpson is vying for the federal NDP nomination in the riding of Burnaby North-Seymour.

Simpson announced he's running to be the riding's NDP candidate on Monday through his Facebook page, where he laid out the issues on which he would be campaigning. Simpson promised to fight to stop the Trans Mountain pipeline expansion project, take action on climate change, build affordable housing and dismantle systemic racism. He also announced he is committed to Indigenous sovereignty and seeing that unceded territory is returned or compensated for.

The NOW caught up with Simpson this week to learn more about the candidate who - if he eventually wins - would be the first Member of Parliament of African descent in British Columbia's history.

Simpson grew up on the other side of the North-Seymour riding in a co-op in East Vancouver but has been living in Burnaby north for the last four years. He says he is running because he believes politics to be important to creating systemic changes and giving a voice to grassroots movements in Ottawa.

In his Facebook announcement, Simpson said he has seen firsthand how easy it is to fall through the cracks of our society. Elaborating on that point he explained that as he grew up in East Vancouver he saw friends “go down the wrong path”.

"I have friends that their lives have been negatively impacted for a number of reasons that fall into these cycles of our system,” Simpson said. “It's just kind of easier to fall through the cracks when you're in a certain situation and so when I say that I've seen it it's because I've seen my friends go down those paths even though I had the same opportunities as them."

The riding is currently held by Liberal MP Terry Beech, who defeated longtime Burnaby MP Svend Robinson in the last federal election, despite being a battleground over the Trans Mountain project, which terminates in Burnaby.

With protesters of the Trans Mountain project regularly making the news over the past months, Simpson addressed those protests and the people who opposed them.

"The protesters are standing up for the land, they're standing up for the people and they're really concerned about the possibilities of bitumen flowing into tidewater,” he said. "I think that it's really important that we centre the voices of the people whose lives are going to be the most directly impacted by this project and also by recognizing the lands as unceded as well.”

As for the possibility of being the province’s first MP of African descent, Simpson says he has never met another African MP and as such has lived his life with a sense of disenfranchisement from the political field.

“There are few other Members of Parliament of African descent and I'm really grateful for them,” he said. “I'm hoping that I can send a signal to other racialized people, other minorities, other people from marginalized groups that they can have a positive impact on their country."

Simpson says while there may be more NDP candidates vying for the same riding none have been approved as of this writing. A date for a nomination meeting is yet to be set.