The Burnaby Superstore has now seen four positive tests in staff in recent days
Dec 11, 2020 8:57 AM By: Chris Campbell 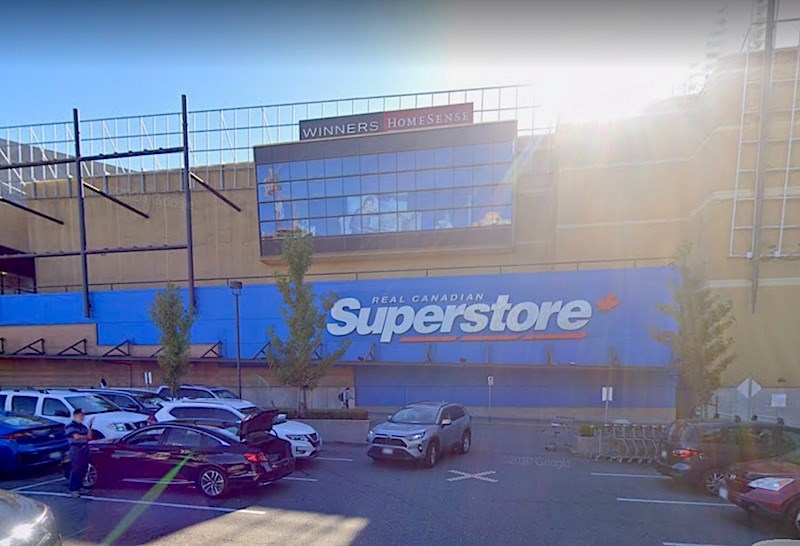 The Real Canadian Superstore at 4700 Kingsway (Metrotown) in Burnaby, BC. Photo: Google Maps

Two workers at the Real Canadian Superstore in Metropolis at Metrotown have tested positive. The two employees last worked at this Superstore on Dec. 1 and Dec. 3.

These now make four recent cases at the Metrotown store as another employee tested positive and also worked their last day on Dec. 1 and one other testing positive near the end of November.

Loblaw has said it has detailed plans in place when such cases are discovered. They include public notifications on its tracker site and extensive cleaning measures being put into place, as well as the employee in question being isolated.

The company also reported a “team member” at its Wholesale Club store at 5335 Kingsway in Burnaby recently tested positive.

The last day the person worked at the Burnaby store was on Dec. 5, according the company. This follows another worker at the Wholesale Club testing positive in November.

Another grocer in Metropolis at Metrotown, T&T, has reported multiple recent COVID-19 cases in staff.

The Superstore announcement comes a day after B.C. set a grim new record on Dec. 10 with 28 new COVID-19-related deaths in the past 24 hours, bringing the total number of deaths from the virus in the province to 587.

"All but two of these people were elders or seniors, who were in long-term care homes in various places across B.C.," provincial health officer Dr. Bonnie Henry told media.

The rising number of deaths has followed a rise in the number of people actively infected with the virus, which now stands at a record 9,524. The vast majority of those people are self-isolating at home, although 346 are in hospital, including a record 83 people in intensive care units.

More than 72%, or 28,948 of the 40,060 people who have contracted the virus since it first appeared in the province in late January, have recovered.

Health officials are now monitoring a record 11,947 people for symptoms because they are known to have had contact with individuals who have the virus.