Project was about including everyone – and bragging rights, says learning support teacher
Dec 7, 2020 3:41 PM By: Cornelia Naylor 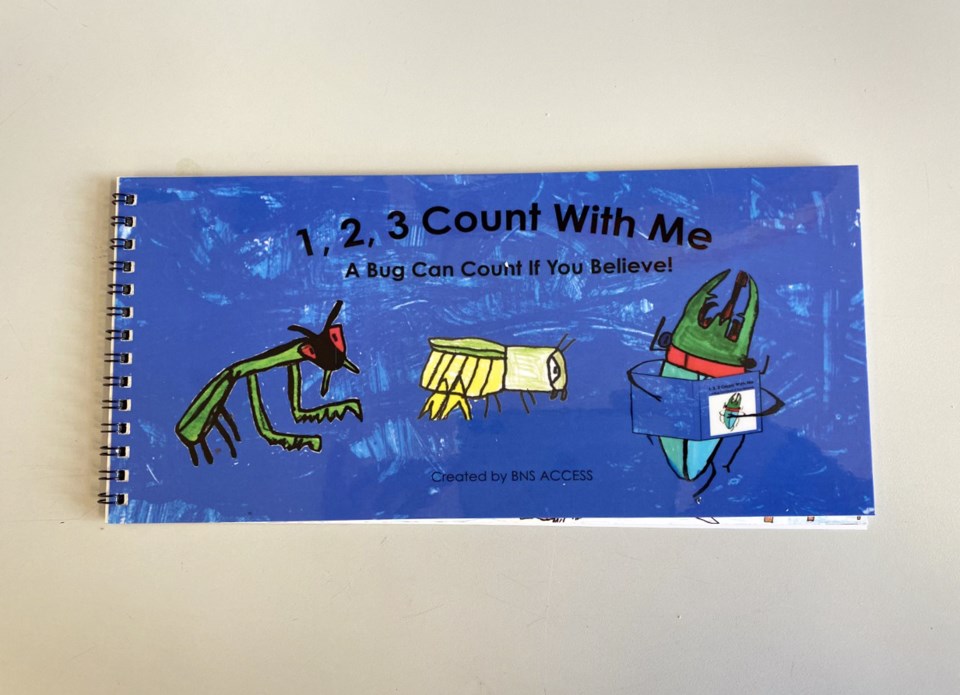 When local teen Aaron Robins Waddingham addressed the Burnaby school board during an online meeting last week to talk about a picture book he and his classmates at Burnaby North Secondary School’s Access program recently published, his parents were just off screen.

In an Zoom interview with the NOW a few days later, there’s some debate about what they were doing.

“My mom was sobbing,” Aaron says with a grin.

“I wasn’t sobbing,” his mom, Sue Robins, says. “Dad and I got a little welled up. We weren’t sobbing, though. We were proud of you.”

Aaron wasn’t the only student from the Access program to speak at the meeting, and his parents weren’t the only ones to shed tears, according to Access teacher Judy Chiao.

The presentation was about a student project two years in the making – 1,2,3 Count With Me: A Bug Can Count If You Believe.

It’s a children’s picture book that everyone in the Access program – a kind of homeroom for students with different levels of cognitive delay – had a hand in.

It started with a lesson on rhyming more than two years ago, according to Chiao.

She says the education of students like hers often tends to lean toward the functional or vocational and less toward the purely academic.

“But part of school is just being enriched, having light bulbs go off, having our interest piqued and figuring out where our interests are,” she says. “That’s why we started doing rhymes.”

Right off the bat, the class bug expert, Leo Yamamoto, steered the lesson toward his favourite topic, according to Chiao, and the project was off and running.

Since then, every student has had a hand in it, whether it was finger-painting backgrounds, sketching various B.C. landmarks (the provincial legislature is featured on a page that counts nine bugs who “decide to lead”) or putting the images together using Photoshop.

Aaron, who was in charge of using Photoshop to place the student-drawn bugs on various backgrounds, told school trustees that everyone in the class “worked together as a team.”

“I feel it’s a great book,” he said during the meeting. “Many people with big hearts made this book possible. We hope people will feel excited about this book and impressed with us. We also want to show that creativity and teamwork is more important than making money and being smart. The message we want to send out is Access students can do it. With excellent support; anyone can make something special.”

For Chiao and her team, the project was about including everyone – and about giving parents something to brag about.

“As a parent you’re not supposed to brag about your kid,” she says, “but I think a lot of parents forget that, when we say ‘Oh, I choose not to brag,’ that’s a privilege for those of us who have typically functioning children. We choose not to brag, but our kids have lots of opportunities that they can access. A lot of times my diverse learners, not all doors are open to them and not all opportunities are there.”

Find out more about all the students involved here.

1,2,3 Count With Me is available for purchase for $15, with all proceeds going back into the Burnaby North Access program.