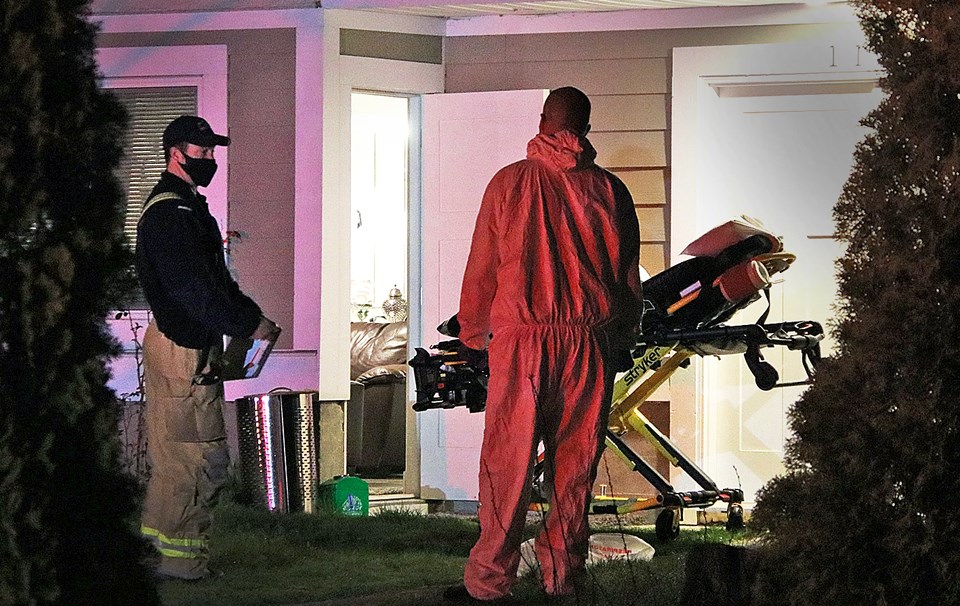 Emergency crews respond to a medical emergency in North Burnaby that ended in the deaths of two people in their 20s. Ryan Stelting

As British Columbia approaches the fifth anniversary of the declaration of the overdose crisis as a public health emergency on April 14, the epidemic looks to have claimed the lives of two more young people in Burnaby this week.

Emergency crews were called to Ridley Drive in North Burnaby just after 3:30 a.m. on Tuesday morning for a medical emergency, according to assistant fire Chief Dave Younger.

On arrival, firefighters were told they’d be dealing with two people in cardiac arrest, he said.

Burnaby RCMP spokesperson Cpl. Mike Kalanj said police don’t believe the deaths of the individuals, who were 25 and 22, were suspicious.

The pandemic’s effect on the illicit drug supply chain has made drugs much more toxic and lethal than a year ago, according to the health ministry.

In January, an average of 5.3 lives were lost each day due to the toxic drug supply in B.C.

February – the most recent month for which data has been released – marked the 11th consecutive month in which more than 100 deaths were attributed to suspected illicit drug toxicity.

“Stigma and criminalization are driving people to use alone, and the pandemic is pushing people further into isolation,” Minister of Mental Health and Addictions Sheila Malcolmson said in a March 24 press release. “The illicit drug supply chain is dramatically more toxic and, tragically, more lethal. The effects of two public health emergencies have taken an immense toll.”