Conseil scolaire francophone (CSF), or School District 93, has been providing an education in French to francophone students for more than 20 years. 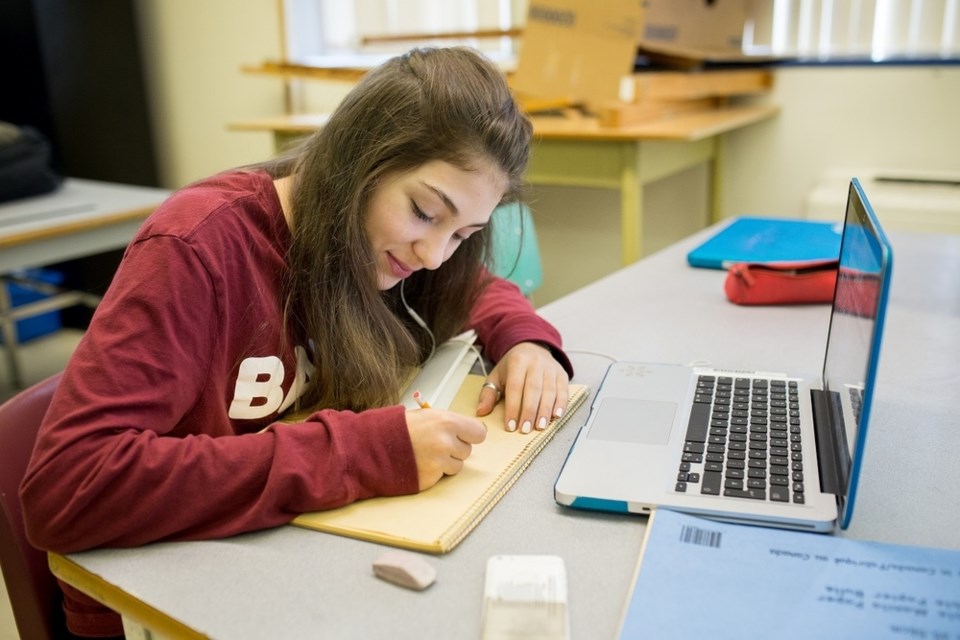 Conseil scolaire francophone (CSF), or School District 93, has been providing an education in French to francophone students for more than 20 years. The CSF is part of the public education system in British Columbia and uses the same curriculum in its schools as is used in every other public school around the province.

The student population at CSF has been growing steadily over the last five years in both the elementary and high school grades.

"Compared to other schools in the Vancouver area," says Claude Martin, principal of l'école Jules-Verne, a CSF high school in Vancouver, "we're ahead of the game when it comes to students graduating with two languages. The big advantage of being bilingual comes when they leave school. There's a great demand for bilingual employees."

"A benefit of a student graduating with both French and English languages," says M. Martin, "is that students can earn two certificates: the Diplôme de fin d'études secondaires in French and the Dogwood Diploma in English. They can go on to the university of their choice – whether that is a French or English university, here or abroad – and their opportunities in the job market are much better. Every year I have government representatives coming to my school to talk to the Grade 12 students. Bilingual students are in demand."

Another benefit of a CSF high school education is the opportunity to graduate from an International Baccalaureate (IB) program. This internationally recognized diploma is accepted by many universities worldwide.

"Apart from the academic achievement," says M. Martin, "the IB program teaches students work habits and life skills. Armed with an IB diploma, students will find the first year of university easier because of the exceptional work habits the IB program gives them."

For more information on CSF and its French education programs, checkout the website for your closest school, or phone 604.214.2600. CSF can also be found on Facebook and Twitter.