Having the right people in your life can have a profoundly positive effect. 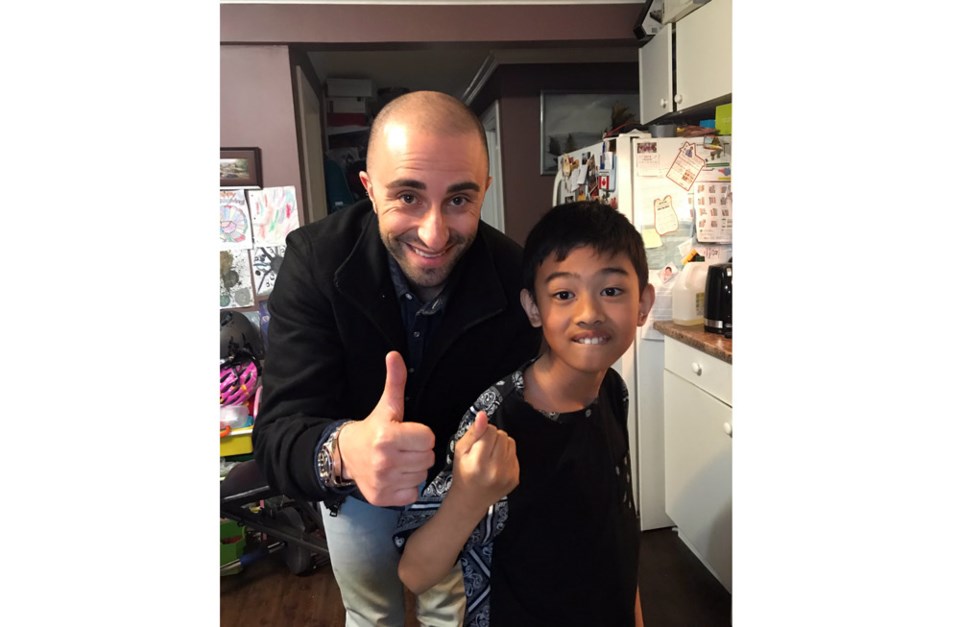 Having the right people in your life can have a profoundly positive effect. And posAbilities- which provides a broad range of services across the Lower Mainland to persons with developmental disabilities and their families - helps make those impactful connections.

Ten-year-old Gio Julian is proof of that. When he was younger, Gio was diagnosed with autism in his native Philippines, where he lived with his older brother, Gian, and was cared for by their grandparents.

The boys’ mom, Minette, had previously moved to Canada, settled and then reunited with her sons in 2017. Moving to a new country, new schools and a different way of life was a steep challenge for both boys, especially Gio. And Minette knew she needed some help for him to adjust, particularly in his social and eating behaviours.

So, after a short while on a waiting list to link up with a behavioural consultant from Laurel Behaviour Support Services, which operates under the umbrella of posAbilities, Kelly Riccardientered Gio and his family’s lives. The impact was far-reaching.

“Kelly was so good with Gio,” Minette said, adding the two connected well.

One of Kelly’s aims was to help improve Gio’s eating habits, developed by his well-meaning grandparents in the Philippines who allowed him to not stray from favourite foods that, by themselves, were not conducive to a healthy diet.

“Gio liked fried chicken, fries, and other types of meats all the time,” Minette said. “He didn’t want to eat vegetables and other healthier foods.”

Gio also preferred not to sit with the rest of the family at the dining table for meals, and his mom would feed him while he watched TV or played video games. Minette knew that had to change, and Kelly had a plan.

It was a rewards-based program called “First and Then” that tapped into Gio’s love of math.

Part of the process involved giving Gio a specific number of bites per meal to help him finish his new foods in a way he could relate to. After finishing a certain number of bites from his new dishes, Gio could then eat some of his favourite foods as a reward. It was a success.

“He is now eating with the rest of us at home and with his classmates at school, which provides him with regular opportunities to be included with his peers,” Minette said. “It’s been a wonderful change.”

For more information on how posAbilities can make a positive impact in your life, visit online at posabilities.ca, or call 604-299-4001.