With a lack of government and community supports, women rebuilding their lives after prison and children of incarcerated parents are both at risk of finding themselves on the wrong side of the law. 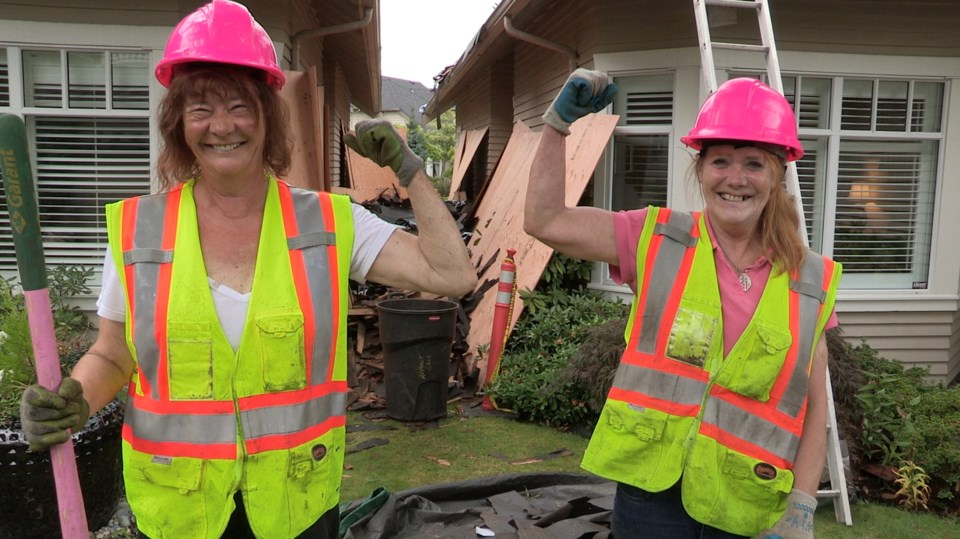 With a lack of government and community supports, women rebuilding their lives after prison and children of incarcerated parents are both at risk of finding themselves on the wrong side of the law. The Elizabeth Fry Society of Greater Vancouver’s (EFry) mission is to help reduce the odds.

“More than 90 per cent of women’s crimes are driven by poverty,” says Shawn Bayes, executive director of EFry. “EFry began in 1939 to support women in prison and we still do that. Now, we also work to address the factors that put women at risk of breaking the law.”

Lack of employment is a key reason women reoffend. Four years ago, EFry began a social enterprise operated from Burnaby, Asphalt Gals, which provides site clean-up services to the busy roofing industry. EFry recruits women before release, so they know they will have an income to rely on.

“We provide whatever a woman needs to work with us: boots, equipment, training, sometimes even food in the beginning. We set women up for success and they do themselves proud,” says Bayes.  Asphalt Gals consistently receives rave reviews and repeat business from its customers.

As the majority of female inmates are single mothers, supporting children with a parent in prison was a natural fit for EFry. In 2001, it launched JustKids, Canada’s first such initiative.

“Without specialized supports, more than half of kids with incarcerated parents end up in prison themselves,” says Bayes. “We can help change that.” Programs include spring break and summer camps, Saturday clubs, a literacy program and holiday support. Every JustKids activity is made possible solely thanks to donations.

In all, EFry offers nearly two dozen programs and services to help women and youth, at risk, involved in or affected by the justice system, including drop-in centres, shelters, supportive recovery programs, transitional housing, parenting and child development programs.

More information about EFry can be found at www.elizabethfry.com or by following @EFryVancouver on Facebook and Twitter.