The competition celebrates books that make significant contributions to the historical literature of British Columbia
Apr 11, 2021 5:46 AM By: Cameron Thomson 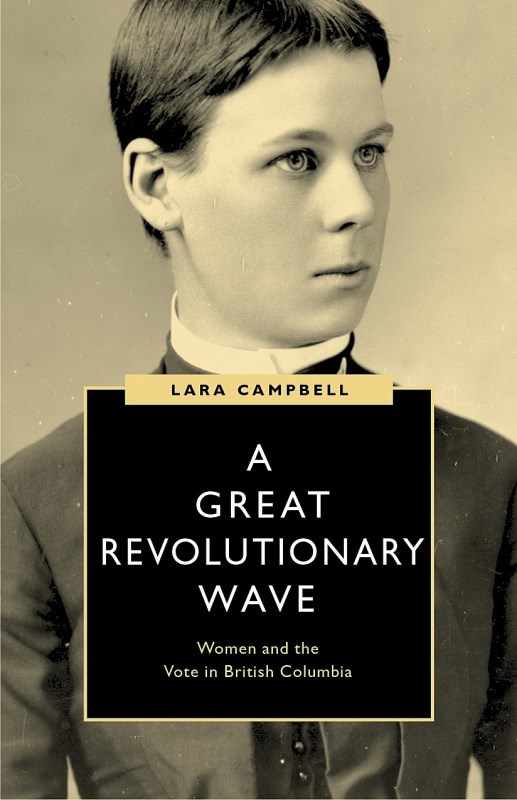 A Burnaby author is in the running to win a historical writing competition hosted by the British Columbia Historical Federation.UBC Press

Lara Campbell, a Burnaby author and professor at Simon Fraser University is a finalist in a historical writing competition for her book about the women’s fight for the vote in British Columbia.

Now in its 38th year, the competition is hosted through the British Columbia Historical Federation for the coveted prize of the B.C. Lieutenant Governor’s medal for historical writing. Campbell’s book, A Great Revolutionary Wave: Women and the Vote in British Columbia, was released in June of last year by UBC Press.

Campbell’s book challenges the idea that suffrage in British Columbia – and elsewhere in Canada – that women’s right to the vote was “won” at one specific time. According to the book’s overview, that fight is better described as a continuum stretching on for 70 years of activism, until the provincial government removed race-based restrictions on voting rights.

“British Columbia is often overlooked in the national story of women’s struggle for political equality. A Great Revolutionary Wave challenges that omission and the historical portrayal of suffragists as conservative, traditional, and polite,” the overview reads. “Lara Campbell follows the propaganda campaigns undertaken by suffrage organizations and traces the role of working-class women in the fight for political equality.”

Other finalists in the competition include:

The Lieutenant Governor’s medal will be awarded together with a $2,500 cash prize to the author whose book makes the most significant contribution to the historical literature of British Columbia. The second-place winner will receive $1,500 and third place will receive $500.

New this year is a people’s choice winner selected by the audience in real time during the awards gala held online on June 5 at 7:00 p.m.

For tickets and more information about the awards and other finalists check out the British Columbia Historical Federation’s website.