The city announced its plans to buy the building last month after Fortius Sport and Health announced its imminent closure due to the pandemic
Jan 26, 2021 4:28 PM By: Dustin Godfrey 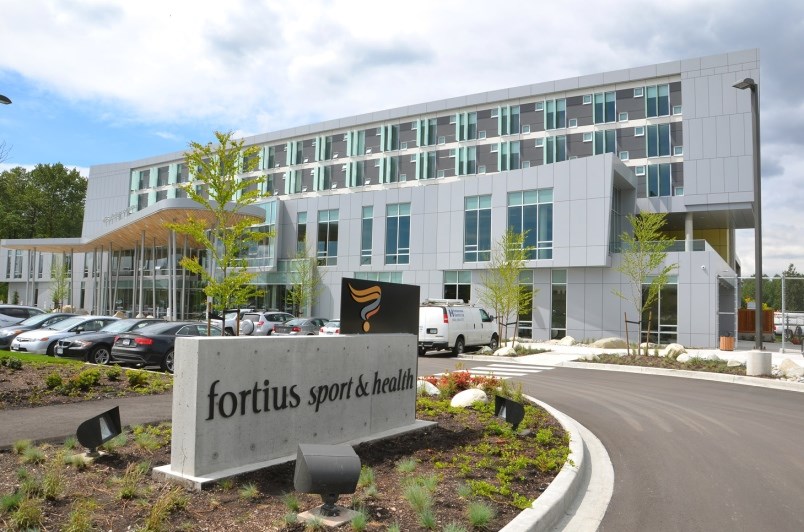 The City of Burnaby will be buying the Fortius Sport and Health land and building for $26.6 million after receiving council approval.
Burnaby city council has given the green light to staff to go ahead with buying the now-closed Fortius fitness centre.

In all, the city is set to spend around $30 million on the property, which is just across the street from the Burnaby Lake Sports Complex, which is currently undergoing a major overhaul.

Council approved the purchase in the Monday, Jan. 24 meeting, following a Dec. 15, 2020 announcement. Fortius Sport and Health announced it would be closing on Nov. 13, unable to navigate financial troubles it had struggled with over the years and which were exacerbated by the pandemic.

Councillors expressed support for the sale during this week’s meeting, including Coun. Colleen Jordan, who said she had “serious reservations” about the deal at first.

“At the end of the day, today, I believe I’m trusting our staff and outside advisers that we have examined and done all the due diligence possible in regards to this purchase,” Jordan said.

Coun. Pietro Calendino said he was “pleased” to hear of Jordan’s support, saying it was a “good transaction.” The councillor stepped into a bit of trouble, when he began to speak of a report from outside legal counsel on the deal and was stopped from fellow councillors and staff from elaborating.

Included in the sale is $26.6 million for the 5.16-acre property and the 146,000-square-foot Fortius building, as well as a reimbursement for a prepaid lease of a city-owned sports field.

Fortius sports training centre in Burnaby to be shut down
Nov 14, 2020 7:52 AM
Comments