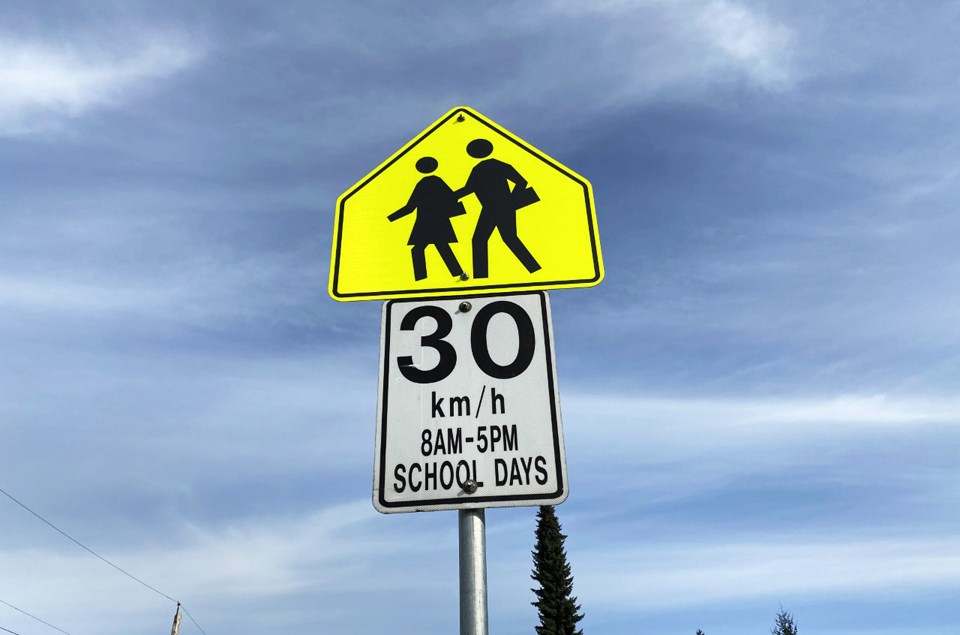 School zones in Burnaby are being expanded to be in effect from 7 a.m. to 10 p.m. Monday to Friday when school is in session.Burnaby school district

School zone speed limits in Burnaby will soon be in effect six hours longer every day school is in session after city council approved an amendment to its street and traffic bylaw this week.

The change, set to be in place by the end of spring break on March 29, according to the school district, means the 30 km/h speed limit around schools will be in effect from 7 a.m. to 10 p.m. Monday to Friday except on school holidays.

"This is about protecting our children and building a community where walking is an easy and safe choice," Mayor Mike Hurley said in a city news release Friday. “As Burnaby moves to make streets safer for students and families, we also encourage the provincial government to consider a B.C.-wide approach to traffic calming measures around parks and school zones.”

Starting Monday, the city will install about 600 signs marking the change, according to another news release from the school district, and the new school-zone times will be enforceable as soon as they’re up.

Burnaby is the first municipality in the Greater Vancouver area to enact expanded school zone hours, according to the city.

City council approved the new hours along with a series of other traffic calming measures after requests from the school board and the city’s parks, recreation and culture commission, according to the school district.

Along with the expanded school-zone hours, council also approved the installation of 200 speed humps at 72 locations – 36 near schools and another 36 near local parks.

“This expansion of school zone hours and adding more speed humps by schools and parks makes roads safer where children learn and play,” school board chair Jen Mezei said. “It also recognizes that schools are the heart of a community and our buildings and grounds are used earlier in the morning and into the evening for classes and activities.”

Refugee family arrived in Burnaby during COVID with no computer, one cell phone to share
Jan 11, 2021 11:04 AM