Shots rang out just one block away from site of gang slaying last week. Victim identified as 44-year-old Neal Pratap
Feb 12, 2021 9:18 AM By: Cornelia Naylor 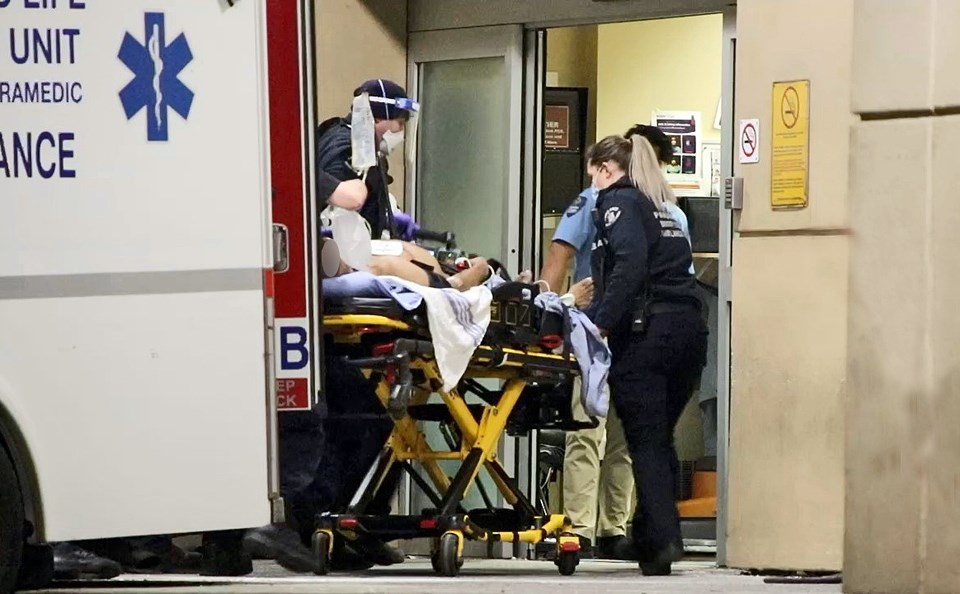 The victim of a fatal shooting in Burnaby arrives at Royal Columbian Hospital Thursday night.Shane MacKichan

Homicide investigators want to speak to anyone who might know who 44-year-old Neal Pratap was going to meet in the South Burnaby neighbourhood where he was gunned down last night.

Pratap has been identified as the man who died after shots rang out in the 6200 block of McKee Street shortly after 10 p.m.

Integrated Homicide Investigation Team spokesperson Sgt. Frank Jang said investigators believe Pratap met with someone in the area; there was “an altercation;” and shots were fired that left the 44-year-old mortally wounded.

Pratap had had “police interactions,” according to Jang, but he said it was too early to tell if the shooting was gang related.

Police are now asking anyone with information, including security or dashcam video, to call IHIT at 1-877-551-IHIT (4448).

Homicide investigators were in the same South Burnaby neighbourhood near Byrne Creek Ravine Park last Wednesday after shots rang out in the 6500 block of Portland Street at about 8 p.m.