Burnaby school board making no sudden moves on police in schools 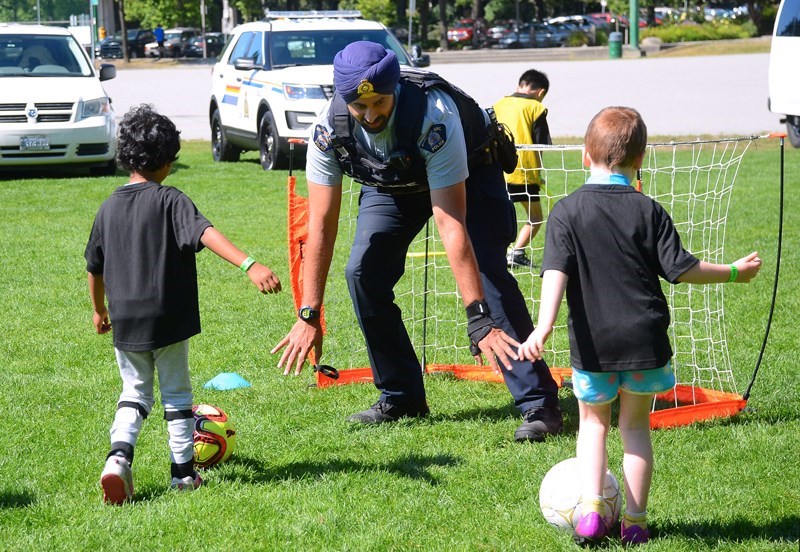 Changes may be coming to how police operate in Burnaby schools, but the school board isn’t ditching its partnership with the RCMP despite the Vancouver and New Westminster boards voting this week to do away with their school officer liaison programs.

Vancouver trustees voted Monday to end their program  after a nearly yearlong review sparked by concerns uniformed officers make some students feel unsafe, including many identifying as Black, Indigenous or people of colour.

The New Westminster board didn’t wait till the end of a review of its program before voting Tuesday to end it immediately.

“Normalizing their presence in the school is unwelcome,” said trustee Mark Gifford of the police officers.

On the same night in Burnaby, school board chair Jen Mezei told a public meeting Burnaby’s program was different from those in the two neighbouring districts.

“In Burnaby, RCMP officers are part of a youth section, not a school liaison officer program,” she said. “Officers work in the community with youth. Engaging with the district is only part of what they do. They are not in Burnaby schools full time.”

Mezei said Burnaby’s program is “unique” in that district staff, not police, lead the work of keeping students and staff safe.

“The district’s safe and caring schools team is the link and interface with students and youth section officers,” Mezei said.

Mezei noted each local high school has a safe school specialist, a district employee, who works closely with the RCMP youth section on student support and school safety.

Because of COVID-related health and safety protocols, Mezei also noted youth officers are currently only coming into schools when they are asked to deal with specific incidents or to give presentations on things like cybersafety and bullying.

“There will, unfortunately, continue to be issues in the community, such as drugs and violence, and there will continue to be times when we’ll need to call the police,” Mezei said. “This close partnership has allowed our schools to respond quickly to issues and concerns.”
Over the past year, Mezei said youth officers have helped school staff deal with threats, traffic accidents, child-custody and domestic disputes, missing children and bullying.

But last June, amid worldwide protests against racist police violence sparked by the murder of George Floyd, a Black man, by a white Minneapolis police officer, the local youth officers unleashed a flood of criticism with an ill-timed back-to-school video.

The video, posted on social media, featured the smiling officers, armed and wearing bullet-proof vests, welcoming students back to school after a COVID-related hiatus.

“How can we think of police as being something nice or good when we are hearing Black and Indigenous people calling for defunding of police departments,” Byrne Creek Secondary School parent Trudi Goels told the NOW at the time.

Later that month, Haleluya Hailu, a Black Burnaby North Secondary student, appeared before the school board to call for an end to the program.

But the Burnaby board didn’t end the program or even launch a review as Vancouver and New West trustees did.

Instead, it launched a wide-ranging anti-racism initiative.

A cornerstone of the work is a comprehensive public engagement strategy unveiled last month.

The engagement will start with a broad survey in May and will focus in on more comprehensive feedback from racialized communities from there.

The role of police in local schools will be part of those conversations, according to Mezei.

In the meantime, she said district staff have had talks with the City of Burnaby and Burnaby RCMP about the program, and one concern that’s been raised has been uniforms.

She said district staff have “brought forward a request to see if this is something the RCMP can look at.”

Mezei acknowledged community members have “strong views” about police in schools and urged people to participate in the district’s engagement process, starting with the survey.

She said the school board is committed to the process it launched in June.

“If we are to impact systemic racism, we must not only confront uncomfortable truths, honour stories that are shared and address concerns, but we must also have an actionable strategy and be accountable to the results. We remain committed to listening, hearing and creating a better path forward together.”

Mezei said the school district’s work with the RCMP has “evolved” since its first letter of understanding and she “fully” anticipates changes to come.

Insp. Kathy Hartwig, the officer in charge of Burnaby RCMP’s community programs, including its youth section, said the Burnaby RCMP values its partnership with the school district.

“Both the Burnaby RCMP and the Burnaby school district share the common goal of providing a safe environment for both students and faculty,” she said in an emailed statement to the NOW.

Hartwig reiterated that local youth officers are not based in schools and respond to all kinds of calls both inside schools and in the community.

When responding to “active calls for service,” she said the officers are required to carry all of their “police intervention options,” including their service pistols, but the detachment is now examining the possibility of “altering the youth section uniform to best serve the policing needs of the youth, school faculty and Burnaby communities” it serves.