Driver with right of way could have avoided crash, so Civil Resolution Tribunal assigns him 35% blame
Jan 13, 2021 4:05 PM By: Cornelia Naylor 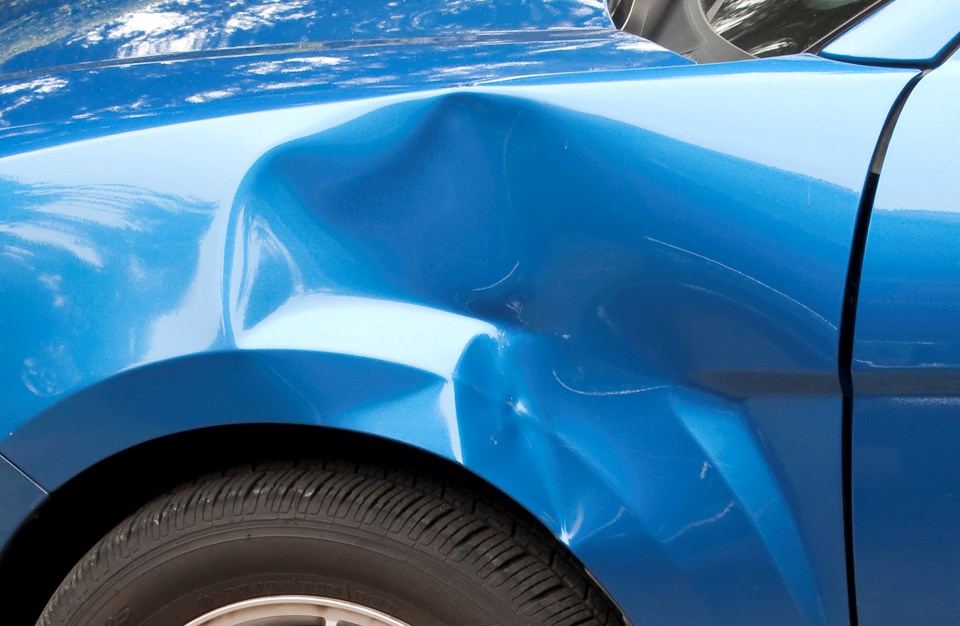 A recent ruling at BC's Civil Resolution Tribunal involved a minor May 2020 crash on Royal Oak Avenue by Beresford Street in Burnaby.Getty Images
A driver who ran into a vehicle that cut him off during a “slow-motion” collision in Burnaby in May has been ordered to pay the other driver for damages.

On May 26, Janice Lam was driving west on Beresford Street and planned to turn right at the intersection at Royal Oak Avenue, according to a ruling Thursday by B.C.’s Civil Resolution Tribunal.

Lam told the tribunal she’d made a full stop at the stop sign and saw a space between northbound vehicles on Royal Oak, which had been stopped by a flagger just north of the Beresford intersection.

She said she started slowly moving onto Royal Oak when she was side-swiped by another vehicle driven by Sheldon Schroeder.

A cyclist who saw the accident said Lam had stopped at the stop sign and then tried to “normally merge” after seeing a “reasonable opportunity.”

“(The cyclist) stated Mr. Schroeder became impatient in traffic and tried to force his way through, catching the corner of Ms. Lam’s vehicle,” states the tribunal ruling. “(The cyclist) stated the accident was ‘in slow motion’ because the vehicles were barely moving at the time.”

He told the tribunal he had been proceeding slowly through the intersection when Lam, without stopping at the stop sign by Beresford, tried to turn right in front of him and then collided with his truck.

Dashcam video from his truck showed Lam had not, in fact, stopped at the stop sign but did stop before entering the intersection, according to the ruling.

The video shows the vehicles in front of Schroeder’s truck began moving forward while Schroeder was still stopped, creating a gap in front of him.

Lam tried to turn into that gap.

Lam brought the case to the Civil Resolution Tribunal, claiming she suffered injuries and vehicle damage during the collision and seeking $5,627 for pain and suffering, $300 for her deductible and $2,650 for vehicle damage.

Tribunal vice chair Andrea Ritchie found that Lam had actually caused the accident by not yielding the right of way to Schroeder, who had already entered the intersection before she attempted to make her turn.

But the matter didn’t stop there.

Citing a B.C. Court of Appeal ruling, she said a driver with the right of way or “dominant driver” could share blame for an accident if it could be proven that driver “was aware or reasonably should have been aware of the servient driver’s disregard of the law.”

Ritchie assigned 65% of the blame to Lam and 35% to Schroeder.