Teachers are demanding mandatory masks at schools
Jan 21, 2021 10:53 AM By: Chris Campbell 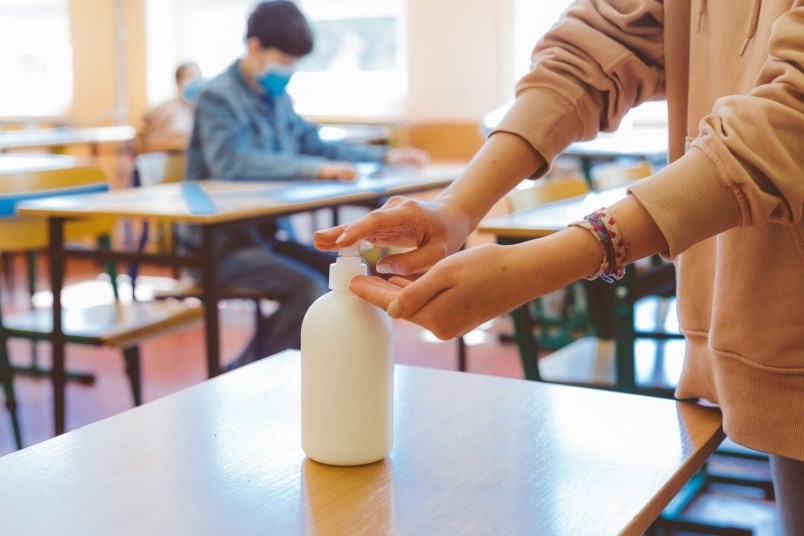 A new year has brought a new list of Burnaby schools with COVID-19 exposures.

The latest list includes three Burnaby high schools and two elementary schools, according to those posted on the Fraser Health coronavirus tracker site. (Other cases may have been identified at Burnaby schools with parents notified, but there is sometimes a lag before they reach the Fraser Health site.)

Moscrop Secondary has had an exposure on Jan. 11.

Brantford Elementary had an exposure on Jan. 15.

The latest school cases come as frustration with the province’s refusal to make masks mandatory at schools during the COVID-19 pandemic has inspired the Burnaby Teachers’ Association to take matters into its own hands – with a poster contest.

The local teachers union launched the contest in November and announced the winners last month.

“We’re hearing frustration from a number of teachers that there isn’t stronger provincial mask-wearing language. So, being that we can’t enforce that, this is just another way that we can encourage a culture of mask wearing,” BTA president Daniel Tetrault told the NOW.

The local teachers union took out an ad in the local newspaper last month for the same reason, but Tetrault said that had been part of a provincial initiative by the BC Teachers’ Federation while the poster contest was a homegrown idea.

“Students might not relate as much to some of our BCTF ads or government ads, but they might relate more to their friends’ ads or their own ads. That might be more relatable to them and eye-catching,” Tetrault said.

The local union president said teachers’ frustration around the lack of a mask mandate is centred around the provincial health office, not the Burnaby school district.

“The district, even if they wanted to have a mask mandate, they’re prevented from the provincial health order. At least that’s their position,” he said.

Tetrault was one of a dozen teachers’ union presidents who signed a letter to the Fraser Health Authority this month demanding public health officials in the region operate more transparently and do more to protect schools from COVID-19.

In the meantime, Tetrault hopes the students’ posters will raise awareness and encourage a “culture of mask wearing.”

“In general, teachers, staff, students – and parents for that matter – have been committed to wearing masks, but we do recognize that there’s always room for improvement.”