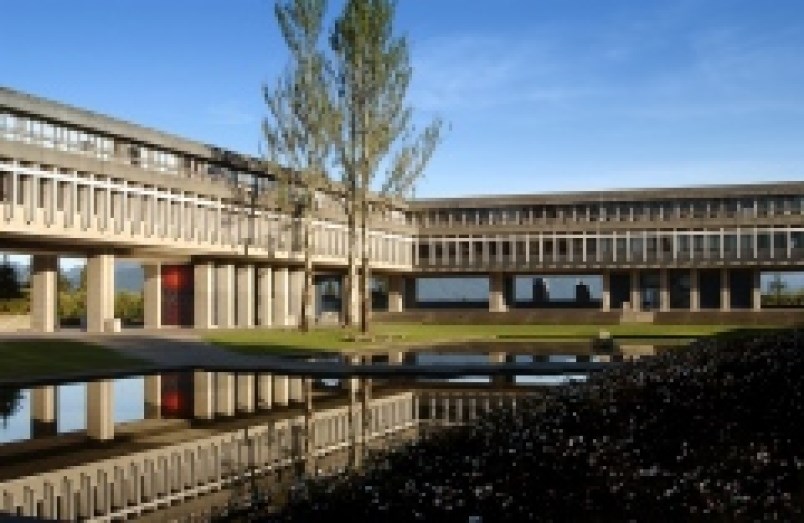 The president of Simon Fraser University could be in for an uncomfortably warm summer thanks to an unsuccessful battle with a strata council over air conditioning in her official Burnaby Mountain residence.

The residence – a penthouse condo atop a 10-storey building at One University Crescent – takes up two strata lots leased by the SFU Foundation for the president’s use, according to a recent B.C. Supreme Court ruling.

The unit is “subject to excessive heat” because of the way the roof was constructed, the ruling says, so SFU installed an air conditioning system in June 2017.

But it didn’t get approval from the strata council first – and the council said the installation breached its bylaws.

SFU attended a strata council meeting in July 2017 to request retroactive approval for the system, but the council said no.

The installation jeopardized the integrity of the building envelope; the air-conditioning noise interfered with the rights of other residents; and the approval of the project would set a precedent leading to a “proliferation” of air conditioners, the council said.

SFU was then handed two $200 fines for installing the air conditioning without permission.

The university appeared before the strata council again in September 2017 and was again denied.

And four months later, the building manager asked SFU for confirmation the air conditioning system had been removed.

When SFU replied that the strata had never demanded the removal of the system, the building manager wrote back and demanded the air conditioning system be gone within 30 days.

SFU responded by saying the strata council hadn’t officially resolved to require the removal, and so there was no basis for the building manager to demand it.

After another strata council meeting, SFU got a second letter from the building manager demanding removal of the air conditioning within 30 days.

After that letter, SFU wrote the council and said it wouldn’t remove the air conditioning, this time arguing it didn’t need council authorization to install the system since there was no bylaw prohibiting air conditioning units.

The strata council then amped up the pressure, resolving at its next meeting to fine SFU $200 every seven days for a recurring bylaw infraction – retroactive to the day the strata had first demanded the removal of the air conditioning unit.

SFU responded by taking the matter to B.C. Supreme Court and asking for a declaration saying it is not in breach of the strata bylaw and that the strata had acted “significantly unfairly.”

SFU further petitioned the court for an order saying SFU was permitted to install and continue to operate the president’s air conditioning.

But B.C. Supreme Court Justice Ronald Skolrood concluded the university had breached the bylaw and the strata council had not acted “in bad faith or in a manner that was unduly harsh or burdensome towards SFU.”

Skolrood said SFU had “good reason” to be unhappy with the strata’s conduct, calling its decision-making process in the case “opaque” and saying no clear explanation for the denial has ever been provided.

But he concluded the strata’s conduct in the case hadn’t risen to the level of “significantly unfair” under the law.

“Where, as here, an owner of a strata unit feels hard done by as a result of a decision of the strata council, it is important to keep in mind the nature of strata living,” Skolrood said.  “Strata corporations must often utilize discretion in making decisions which affect various owners or tenants. At times, the corporation’s duty to act in the best interests of all owners is in conflict with the interests of a particular owner, or group of owners.”

Burnaby condo owners fined for banging pots and pans late into the night
Mar 5, 2020 8:36 AM
Comments